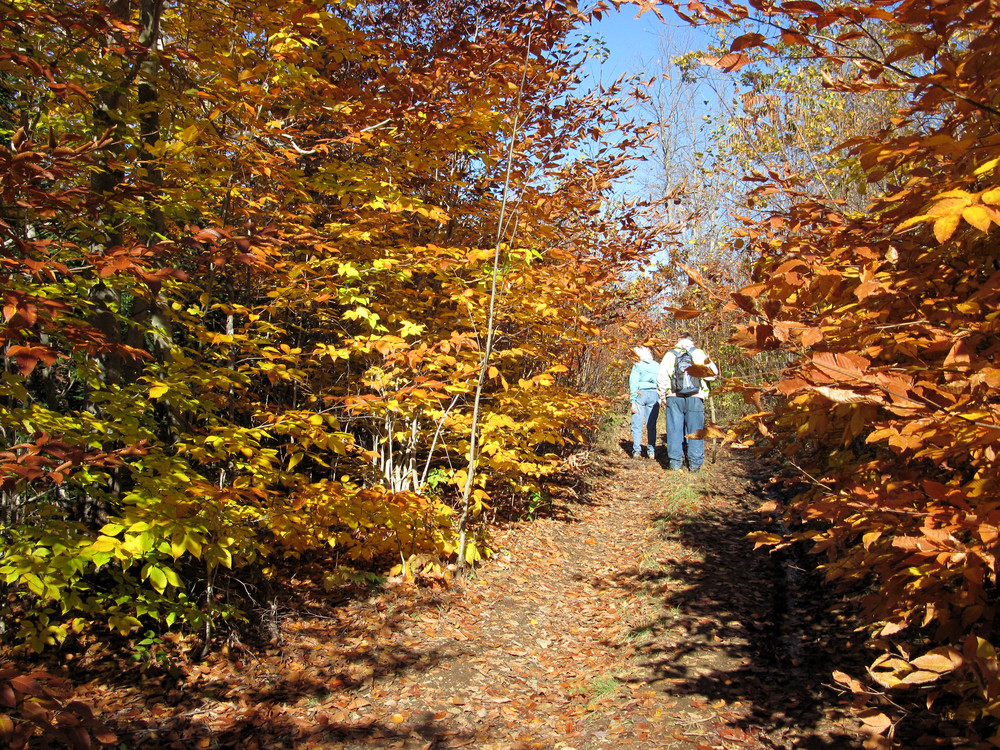 This post-harvest tour of Thurston Park in China is being held as a follow-up to a June pre-harvest tour on Sunday, October 15, from 9 a.m. – noon. It is co-sponsored by the Thurston Park Committee and the Two Rivers chapter of Maine Woodland Owners. The park is a 400-acre, town-owned forest with waterfalls, hiking trails and cultural and historical landmarks.

Directions: From Rte. 202 at the head of China Lake, turn onto Pleasant View Ridge Road. Travel 0.4 miles, veer right, then another 0.3 miles, and left on Dutton Road, which becomes Libby Hill Rd, one mile. Right onto York Town Rd., one mile to parking.

Retiring board Chairman James Wilkens brought copies of the first few pages of four other towns’ ordinance definitions, covering those beginning with the first two letters of the alphabet. Board members reviewed China’s parallel definitions.

They proposed no major changes. As the meeting wound down, they talked about adding new definitions, including “Airbnb,” “adult business” and “boathouse,” but made no decisions.

They also considered deleting one or two definitions, either because they might be obsolete or because they seemed irrelevant to China’s ordinance and to past and potential land use issues in town.

Codes Officer Paul Mitnik said he reviewed the entire definitions section in China’s land use ordinance and found fewer than half a dozen possible places to amend, mostly minor.

Any ordinance changes require voter approval. Planners have not decided when they will be ready to ask selectmen to schedule a vote if they do recommend amendments.

Board members plan to continue ordinance review at future meetings. Their next meeting is scheduled for Tuesday evening, Oct. 24.

China community friends, we, the members of the China for a Lifetime Committee, want you to know that The Town Line next week will include a survey that we have developed. We hope you will take and return the survey. In the survey, we have asked a number of questions, the answers to which we think will assist us, with your support and participation, to facilitate China becoming even more a community that allows all of our citizens to have more of their needs met and to develop a greater feeling of community and acceptance. Our goal is to really live up to our name and transform our town so that you want to live in China “for a Lifetime”.

All information in the survey will be anonymous so please feel free to answer the questions accurately. If you choose to fill out the page offering to volunteer in the community or want to participate in the raffle discussed below, that page is submitted separately and will not be linked to any of your answers.

In addition to the version of the survey that will be included in The Town Line next week, the town website and Facebook page will have the survey posted. Some of you will receive a copy in the mail and the survey can be picked up at the transfer station. Our goal is to have all the surveys returned by the 30th of November. Surveys can be returned to: the town office, the transfer station, in the mail to the town office or by either of the electronic means referenced above.

To encourage you to return the survey we will have a raffle drawn from those that are returned. The following list makes up the prizes, one of which you may win if you choose to participate:

1st prize — one $150 gift card from Hannaford,
2nd prize — one $100 gift card from Tobey’s Grocery. There will be three.
3rd prizes — one $25 gas card from Fieldstone Quickstop. There will be two.
4th prizes — one $25 gift card to be redeemed at the 32 General Store. And finally,
5th to 36th prize will be your choice of a $25 Gift Card to one of the following (Choice dependent on drawing order and quantity of each): 32 General Store, Tobey’s Grocery, Fieldstone Quickstop, Hannaford.

We hope you will find the survey thought provoking and will see the value it can offer to all of us who live in China.

This post-harvest tour of Thurston Park in China is being held as a follow-up to a June pre-harvest tour. It is co-sponsored by the Thurston Park Committee and the Two Rivers chapter of Maine Woodland Owners. The park is a 400-acre, town-owned forest with waterfalls, hiking trails and cultural and historical landmarks.

Directions: From Rte. 202 at the head of China Lake, turn onto Pleasant View Ridge Road. Travel 0.4 miles, veer right, then another 0.3 miles, and left on Dutton Road, which becomes Libby Hill Rd, one mile. Right onto York Town Rd., one mile to parking.

China Planning Board members unanimously approved the only application on their Sept. 26 agenda, giving Randy Pottle permission to open a two-chair beauty salon in part of an existing garage at 650 Route 3. Approval comes with two conditions, both of which Pottle said he will meet: the wall separating the beauty salon from the garage must meet the state fire code, and the septic system is to be upgraded.

Pottle told board members there are no residences close enough to the building for people to be disturbed by the minimal changes the project will create, like slightly increased traffic.

In other business, board members and Codes Officer Paul Mitnik briefly continued their ongoing discussions of potential ordinance amendments and board procedures, but with only three board members present, they postponed decisions.

The next planning board meeting is scheduled for Tuesday evening, Oct. 10.

China’s Transfer Station Committee presented a five-year plan for transfer station improvements to the board of selectmen at the Oct. 2 selectmen’s meeting.

Committee Chairman Frank Soares said the committee recommends one major expenditure to be proposed to voters at the March 2018 town business meeting, a request for about $32,000 for a new forklift. The forklift now in use is old – Town Manager Daniel L’Heureux said the town bought it used five or six years ago – and getting decrepit, Soares said. The committee recommends buying a new, larger one. For 2019, the committee plan suggests buying a second hopper to be used primarily to compact demolition debris and large items like mattresses and a new tractor to be shared with the Public Works Department for snowblowing, mowing and sweeping. Committee members further recommend an addition on the main transfer station building to create more recycling space.

Soares said the plan will be revised annually, so after the first year or two it should be considered tentative.

The Oct. 2 selectmen’s meeting included two public hearings. The first, on three local ballot questions, drew a small audience and a few questions; the second, on amendments to the maximum amounts allowed as general assistance, brought no comments.

In response to questions about the fire pond, Codes Officer Paul Mitnik said it does not need approval from the state Department of Environmental Protection, and Selectman Neil Farrington said willing landowners are cooperating; the town is not using eminent domain.

The town’s tower might be competing with privately-owned towers in the area, but, Farrington said, usually location is a major consideration when companies seek to rent tower space; if the town’s provides coverage where they need coverage, it would be preferred, but not otherwise.

Selectmen have not discussed what to charge or other details, since they need voter approval to proceed.

Voters will also elect town officials on Nov. 7, selectmen and planning board and budget committee members. There are contests for three openings on the Board of Selectmen and for the District 1 Planning Board seat (northwestern quarter of town). Mitnik attended the Oct. 2 selectmen’s meeting to present three enforcement issues to the board. Selectmen accepted his recommendations on two, granting an extension of time to finish cleaning up a Route 32 North property and approving a consent agreement, with fine, concerning a garage foundation on Fire Road 4 that was put in without the required inspection. They postponed action on the third, on Dirigo Road, because it has been referred to the Board of Appeals.

The next regular China selectmen’s meeting is scheduled for Monday evening, Oct. 16. 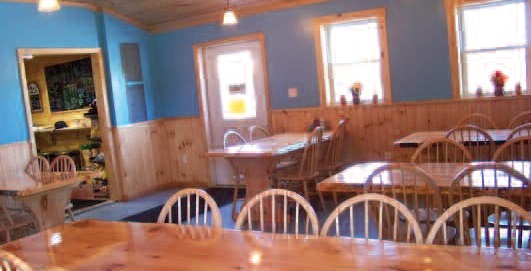 Mike and Aundrea, of MAJEK Seafood, will be welcoming patrons to come inside and enjoy great seafood no matter how windy, snowy or cold it is outside. Mike will also be updating his menu when the colder weather arrives to include some warm, homemade Mexican dishes. They have been at their present location, on Rte. 202, in South China, since 2011, and recently built an addition so customers can enjoy their seafood in a comfortable dining room, year round. Outdoor dining is still available, weather permitting.

Erskine Academy, in South China has released the schedule of events for this year’s homecoming:

EA Boosters will be selling concessions and Erskine apparel throughout the day.

Join them on the EA Campus to support our students, enjoy the activities, and share memories of your experiences at Erskine Academy!

As a follow up to their successful efforts to raise food and funds for the community through the participation in WGME’s School Spirit Challenge last fall, the goal is to help those within their own school community this year. The Helping Others Persevere at Erskine (HOPE) Club at EA assists students with food and other basic needs through their backpack program. Donations for HOPE will be accepted during lunches on Thursday, September 28, and Friday, September 29, as well as allow entrance to the tailgating party on Friday night.

All parents of Erskine Academy students are invited to attend fall Parent/Teacher Conferences on October 4 and 5, from 3:30 to 7 p.m. Progress reports will be emailed to parents by October 3.

For those parents who have not yet submitted a primary email address, please stop by the Guidance Office for a printed copy of your student’s progress report. No appointments are necessary as teachers will be available to speak with parents in their respective classrooms. However, to avoid long waiting lines, two separate evenings have been scheduled:

The sports boosters will also have items available to purchase on both evenings.

Contact the Guidance Office at 445-2964 with any questions or concerns.

There are a total of eight candidates for three seats on the Board of Selectmen. For the two-year terms currently held by Irene Belanger and Ronald Breton, Belanger and Breton are running for re-election and Frederick Glidden and former Selectman Robert MacFarland are also on the ballot.

For the planning board, Steven Hadsell and Kevin Michaud seek the District 1 seat for which Board Chairman James Wilkens did not file nomination papers.

For the Budget Committee, Robert Batteese and Kevin Maroon are unopposed for re-election as chairman and District 1 representative, respectively. There is no candidate for the District 3 seat currently held by Sheryl Peavey.

China voters also have three local referendum questions asking if they want to pay up to $8,500 for a new fire pond on Neck Road; require nonprofit organizations seeking town funds to provide current financial statements; and authorize town officials to rent space on the communications tower by the town office.

Polls will be open from 7 a.m. to 8 p.m. on Nov. 7 in the former portable classroom beside the town office.