The following area students have achieved dean’s list status at the University of Maine at Farmington, in Farmington:

In just a short couple of days the town of China will be conducting the China town meeting. This meeting is held each year and at times I wonder if the citizens of China fully appreciate the form of government that the town meeting represents.

The town meeting form of government is the most democratic form of governance. Some not familiar with this form of governance and may believe that the town manager is the executive of the town of China and the town is governed by the select board, but neither is true. The governing body in China is the town meeting where the citizens cast a vote to direct the actions of the select board. At the start of the meeting the citizens in attendance elect a moderator who must conduct the meeting according to Roberts Rules of Order. Proposals, which are referred to as Articles, are presented for the people to approve or disapprove. The articles can also be amended.

Apathy is a stern heartless master and can only survive by inaction of the good people of our town. We all have our lives to lead and life has a habit of getting in the way of what we planned or intended to do.

Several (30+/-) years ago the level of participation at the town meeting had declined to the point that the people established a quorum which was a percentage of the number of voters who voted in the last gubernatorial election which must be present to open the meeting and conduct business. The quorum for this upcoming meeting is 126 voters which when you think, represents 126 of over 2000 voters who voted in China during 2014.

So what happens when there is minimal turnout at the town meeting? Each vote on the floor of the meeting represents many who did not attend the meeting. The citizens that chose not to attend will have no voice in the process, so the town governance will be by a small minority. Additionally, the result of low voter participation could take a couple of forms.

First, the direction given to the select board (municipal officials) may not be representative of the town as a whole. Second, would be to consolidate power which can be a matter streamlining the conduct of business but at the cost of the checks and balances that we as citizens are afforded. Granting an expanded range of powers to the administrators is not good governance. Some indicators of the “Flying by the seat of your pants” are reflected by comments by the auditor clearly stated in the 2015 report – (China 11-10-15) addressing the lack of internal controls. Further, the select board meetings are not recorded which can and has lead to a discussion of what was stated in a motion during previous meeting. Clarity, transparency and accountability is lost.

In closing I would encourage all citizens of China to attend the town meeting. Please provide your officials the insight and guidance of the citizenry. If you have questions do not hesitate to ask because your select board and others are there to answer questions. I hope I will see you there. Thank you.

At the China Lake Association (CLA) mid-winter meeting held February 16, 2017, CLA board members voiced concern over the town’s placement of several warrant articles at the upcoming open March town meeting. These particular warrant articles are designed to seek approval of a series of proposed revisions to the China Land Development Code and its Land Use Ordinance. These proposed changes were just defeated less than six months ago at the November 2016 election. Some CLA board members believe the proposed changes “severely relax” the local Shoreland Zoning Ordinance and diminish the town of China’s Home Rule Authority on several issues that have been in-place for decades.

Included in our meeting’s discussion was why the selectmen would deviate from the town’s long-standing tradition of placing ordinance revisions before the voters at an annual November (or June) ballot election where the voter-turnout is significantly higher than the open March town meeting. The open March town meeting is customarily a discussion for approval of financial appropriations to operate the town’s budget, and most people will not recall a time when the open March town meeting sought approval of ordinance “changes” at this forum over the last 25 years. These proposed changes came as “recommendations” from the planning board, but it is still the selectmen’s warrant and the selectmen can move forward with their warrant articles as proposed, it is their prerogative. But it is unprecedented, and it seems to many that this circumvents tradition, relying on an extremely limited number of quorum voters (126 by number) rather than the numbers of voters who turn out in a November (or June) ballot election vote (often more than 1,000). Also, the articles appear at the tail end of the warrant and people know that the crowd thins out to even less than the quorum requirement as most of our open March town meetings go on for hours.

This could mean that it is likely that even less people will have voting power on the warrant at that time, substantially less than the number of people who defeated the same proposed changes at that November 2016 election. Of course, someone could move to advance the articles to an earlier portion of the meeting so that at least a majority of the voters present can decide on these important changes. The town’s strategy to gain approval for these proposed changes leaves many folks wondering why this avenue was taken if not to “push through” the proposed ordinance changes without much resistance (if any at all). If true, this is just very disappointing given that the changes are complicated, and probably not too many voters at the open March town meeting will have a thorough knowledge of or completely understand the nature of the changes and their ramifications on China Lake and its water quality.

By way of example, here’s one of the comments from a CLA board member: “The Town (and others) have spent hundreds of thousands of dollars over the years to improve water quality in China Lake by reducing the phosphorus loading to the lake. The proposed amendments will increase the phosphorus loading and thus will undo work that has already been accomplished and will make future efforts both more expensive and difficult. The town is voting to spend 3/4 million to improve access to the lake; along with that should be a commitment to improve water quality, not degrade it. As a lake that does not comply with water quality standards, the town which derives substantial economic benefit from [China] lake should not be allowed to pass ordinances that allow more phosphorus into the lake to mirror DEP’s relaxed shoreland zoning guidelines.”

The comment is directed at the town and the Maine Department of Environmental Protection (DEP) and a set of “relaxed guidelines” the DEP is proposing for local communities to consider. Please know that these are “proposed” guidelines, and towns can always chose a stronger set of rules and regulations to manage their shoreland zoning codes. Over the last few decades the town of China has had a set of shoreland zoning standards stronger than any community in the region, and one reason for these stricter standards being in-place for so long is to protect our environment, and especially China Lake.

A close examination of the proposed changes shows a serious digression from the current shoreland zoning regulations that have been in place for decades, so much so that they represent a potential negative impact to the water quality of China Lake.

Here are some of the downsides to the proposed changes the voters are being asked to consider:

There’s no “sugar coating” the proposed changes; overall the proposed changes do not seem to be in the best interest for China Lake’s water quality. The China Lake Association’s Mission is to protect China Lake. It is not enough to say that the DEP provided these “relaxed guideline changes” to the towns and so the town of China should (or must) adopt such drastic changes. As citizens we would leave behind our town’s well-maintained existing rules and regulations, along with our long-standing Home Rule Authority that has existed for decades.

As president of the China Lake Association it is an obligation to represent my constituency and inform the public on these matters. Although represented here are the thoughts of many of those present at our mid-winter meeting, they may not represent everyone’s opinion. As for me, I can only speak for myself. It may be that the proposed changes are adopted by the minimal number of voters who turn out at the open March town meeting, but this could represent a big step backwards. I will only repeat what I was quoted as saying in The Town Line newspaper last year: “I can’t tell anyone how to vote, I just know I’m voting “NO.”

Dustin Crawford, son of Marlene Crawford, of Anson, and William Crawford, of Hartland, a senior at Carrabec High School, has been selected to receive the 2017 Principal’s Award, according to Principal Timothy Richards. The award, sponsored by the Maine Principals’ Association, is given in recognition of a high school senior’s academic achievement, citizenship and leadership.

According to Mr. Richards, Mr. Crawford excels in many areas at Carrabec High School. As a top ten student he stands out with his enthusiasm for learning and his positive attitude. He is hard-working, kind and humble, all of which will ensure his future success.

Academically, Dustin has challenged himself throughout his high school years by taking Advanced Placement courses and Honors classes, with holding a GPA of 97.72. His eagerness and enthusiasm make him a leader in our school.

Dustin shines strongly in sports at Carrabec as he applies that same enthusiasm and passion into three sports, soccer, basketball and baseball, being captain in all three. Fast, strong, focused and intense, Dustin has been an MVC All Star in all three sports. He is a supportive team player, he holds and shows respect for all his teammates and coaches.

Crawford not only thrives in the academic and sports worlds, but is also a member of the student council for his class, National Honor Society, JMG, member of the Captains Club and was December’s Student of the Month. Dustin also officiates youth basketball games.

Dustin will attend an awards luncheon on April 1, where he will receive his award and be eligible to be selected for one of five scholarships.

Benjamin Blaisdell, of Benton, has been named to the president’s list at Western New England University, in Springfield, Massachusetts, for the fall semester. Blaisdell is working toward a degree in marketing.

Allison Leighton, of Oakland, and Leyna Tobey, of Augusta.

The following local students were named to the dean’s list for the fall semester at Stoneham College, in Easton, Massachusetts. 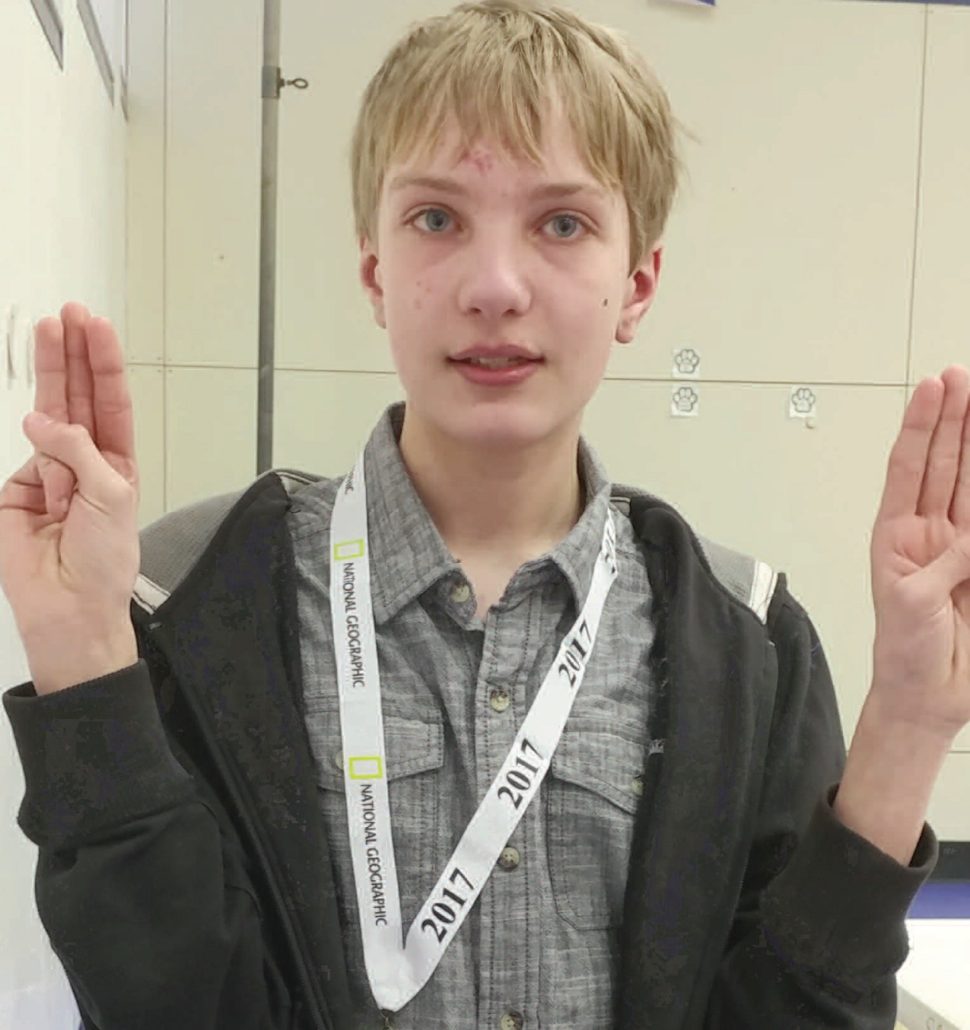 Cody Devaney, an eighth grader from Palermo Consolidated School, part of RSU#12, recently qualified, for the second year in a row, as one of the top 100 fourth-eighth graders to compete in the Maine National Geography Bee, held at the University of Maine at Farmington. He won the school bee three years in a row and his twin brother won the year before that (who also placed in top three for the last three years.) 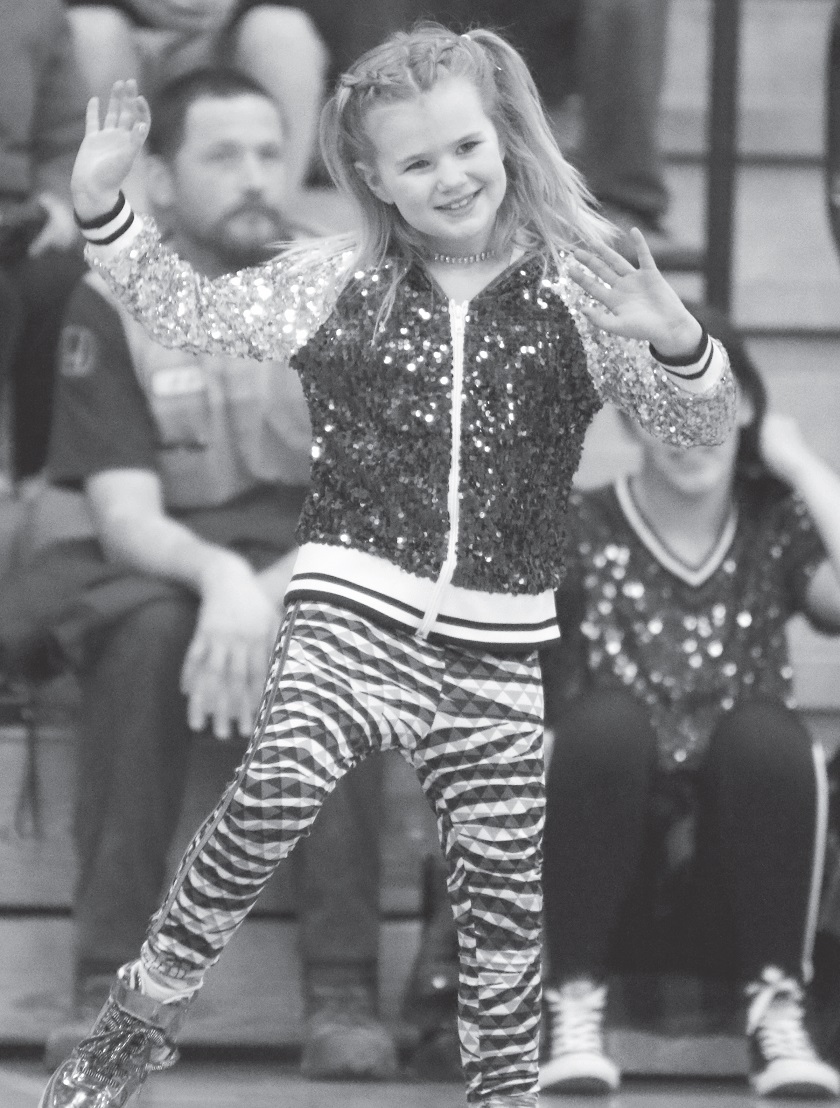 Young Americans Dance Center team member Silver Picard, of Winslow, performed at the Battle of the Badges benefit basketball game between the Waterville police and fire departments, to benefit the South End Teen Center, in Waterville. 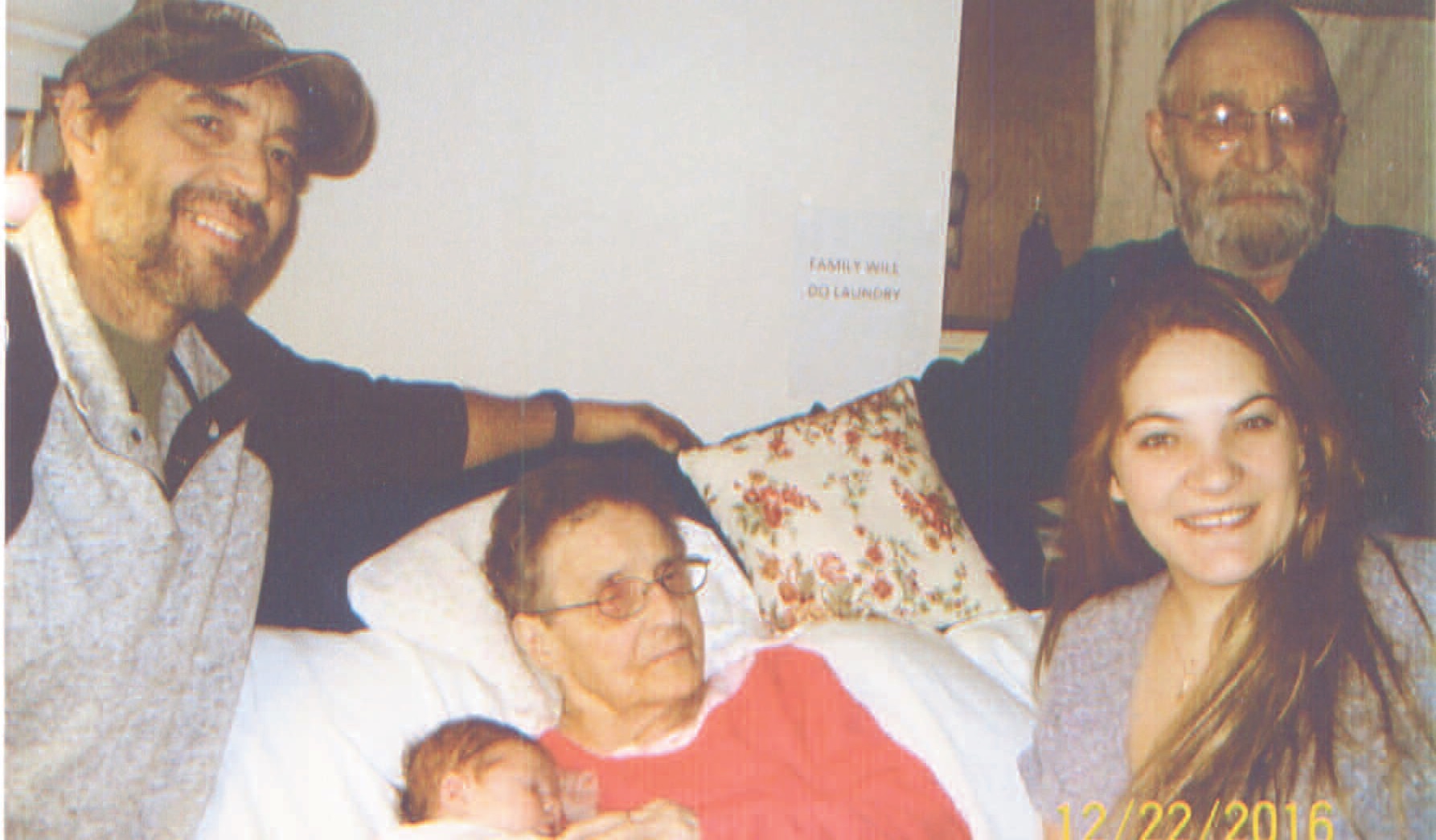