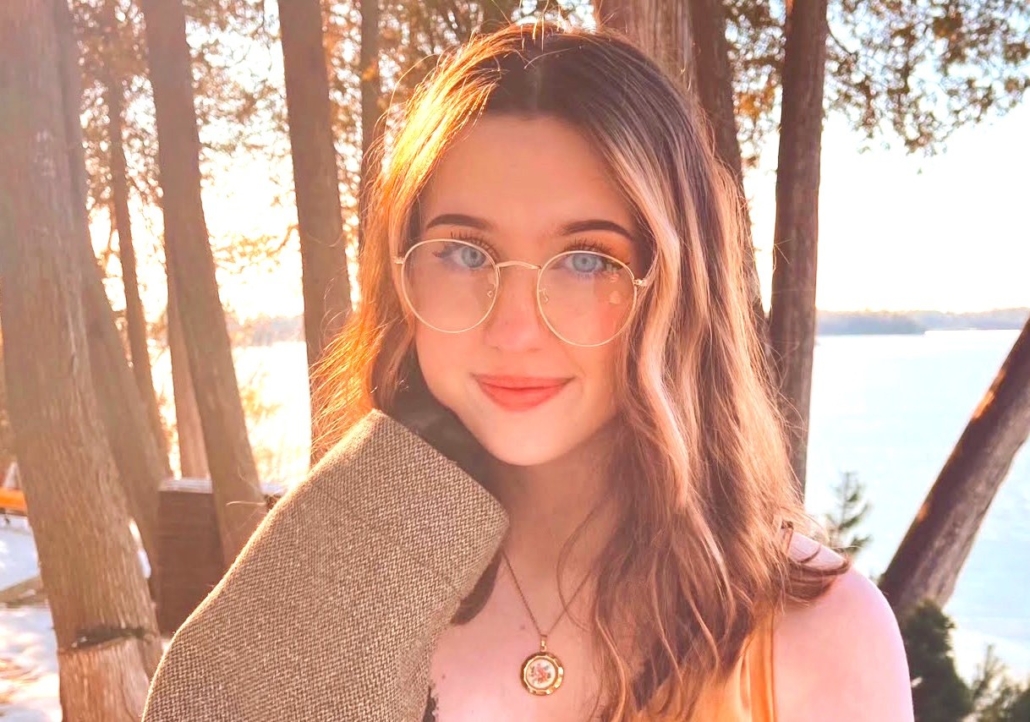 The in-person ceremony took place on June 3, at Thompson’s Point, in Portland. Milliken will be attending Boston University in the fall, majoring in media science in the College of Communication. Originally from Maine, Milliken lived in many places and attended many schools before joining Maine Connections Academy in 2020.

In her speech to her fellow classmates, Milliken said “Just a few months ago, the idea of speaking in front of a crowd, live, like this, seemed impossible. But here we are. The opportunities and flexibility offered here, at a true online school, have allowed me to thrive. What we are seeing all around is that the current educational system is in desperate need of a renovation. And MCA is one step ahead. And being one step ahead takes you to great places, so: stay one step ahead!”

Milliken took AP courses in literature, calculus and microeconomics—in her own words, “I’m a big reader, I do a lot of writing as well, and I’m really into journalism.” In her opinion, “Online school is the future of education. We were all thrown into it because of COVID but now we see that it can work. More and more students are learning at their own pace, and it’s perfect for diverse learners. Maine Connections Academy really knows how to do it.” 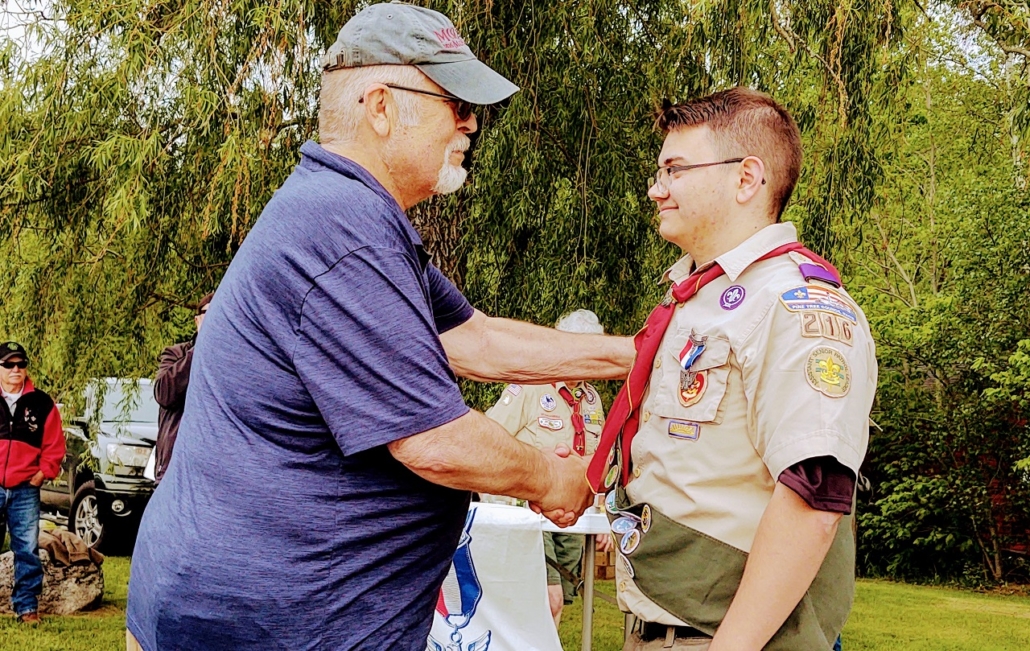 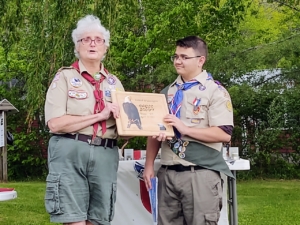 Gabriel Daniel Lawyerson, of Troop #216, received his Eagle Scout rank during an outdoor ceremony at Damariscotta Lake State Park, in Jefferson. His grandfather, Gary Lawyerson, earned Scouting’s highest rank in 1964 and proudly pinned his medal on his grandson. Gabe is going to Fort Sill Oklahoma July 7, 2021 for his basic training in the U.S. Army.

The Eagle Scout ceremony was held Friday evening of Memorial Day weekend which is appropriate as Gabe’s Eagle Scout Service Project consisted of taking photographs of 1,200 veteran grave stones at the Maine Veterans Cemetery, in Augusta, on Civic Center Drive. The photos were given to the Bureau of Maine Veteran Services which plans to provide a website family and friends can visit loved ones virtually when they can’t visit in person. His Scoutmaster, Valerie Drever, said, “Congratulations Gabe, you have worked very hard to achieve this honor. Baden Powell would have been proud!”

Gabe’s grandmother Linda Lawyerson assisted him with his project and spoke during the ceremony. “The project was a long process spent over several seasons. I watched him persevere during winter months and overcome all obstacles. I saw him go from being a young man into an adult.” 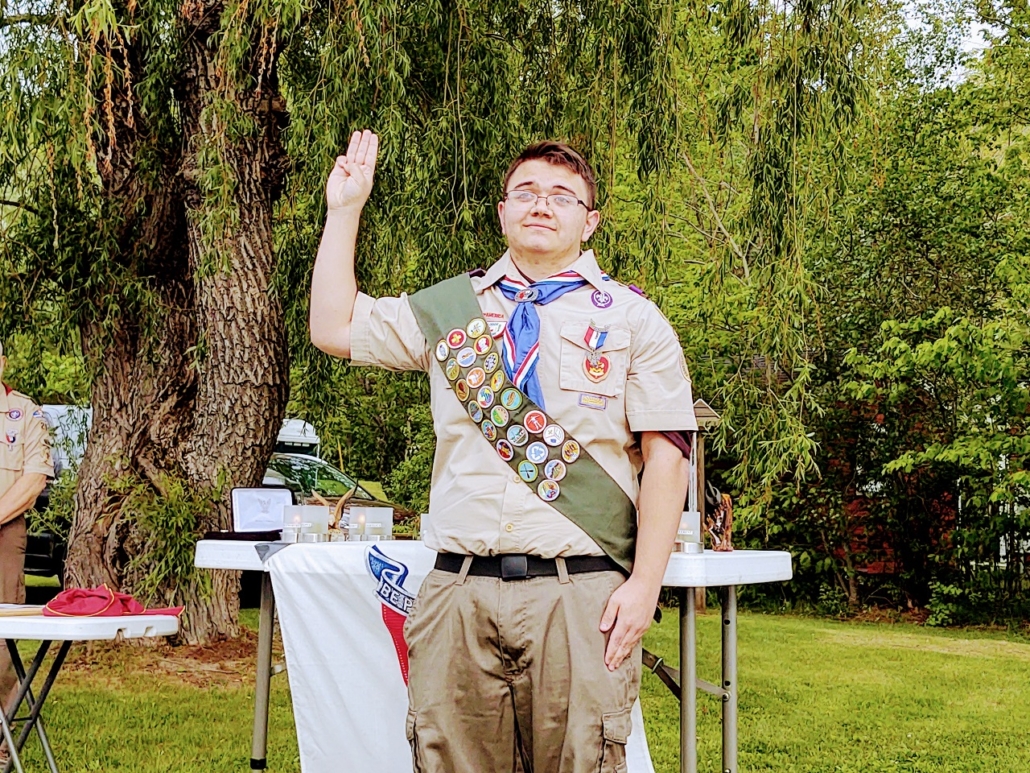 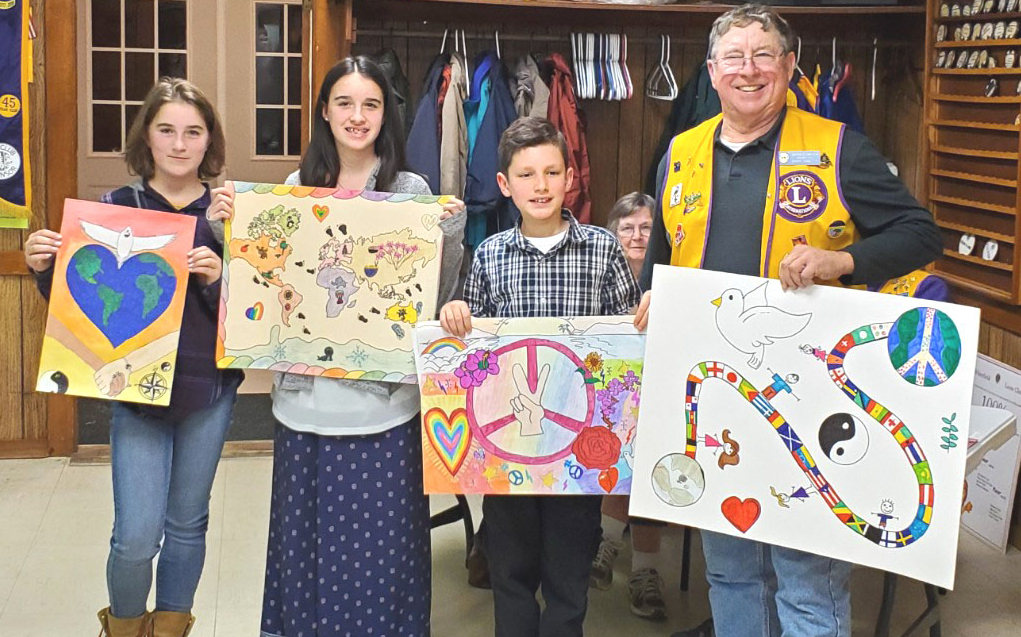 The Whitefield Lions Club will be donating to the local school’s art departments this fall. Due to Covid-19 the WLC was not able to conduct their annual Peace Poster Contest held every October. Every year each of the schools which include Windsor, Jefferson, Whitefield and Chelsea Elementary participates in the contest through their art department. The selected winners come to the club house with their parents and display their art work. A winner is chosen to go on to the district competition. Since the Lion’s Club was not able to hold its competition, they agreed they would contribute to each of the schools art departments hoping to resume the Peace Poster Contest next year. 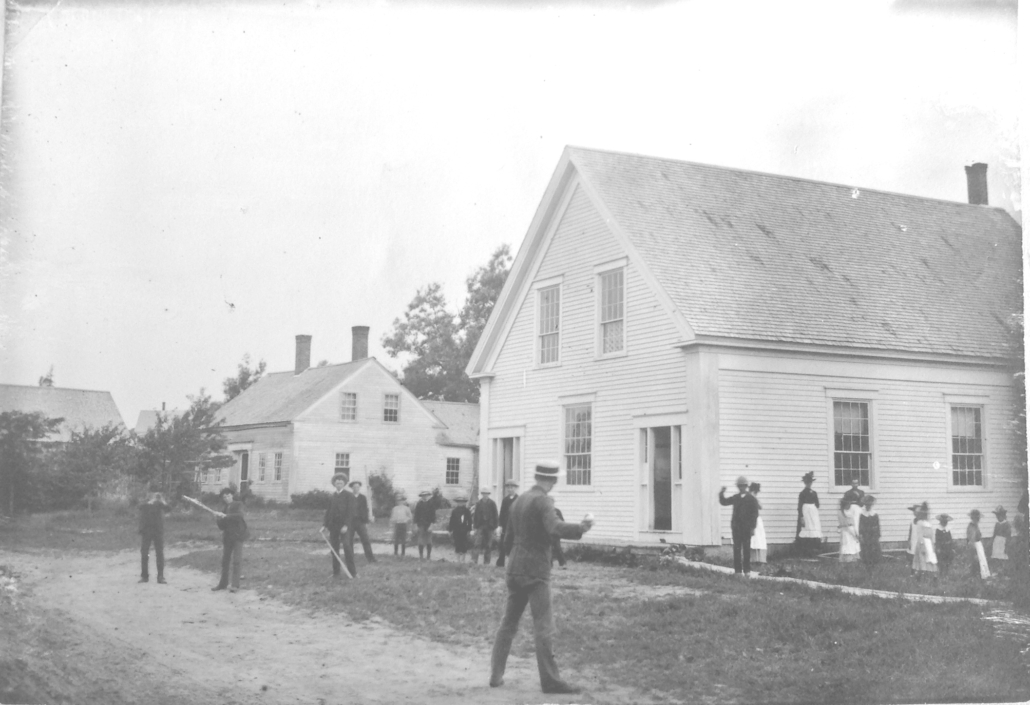 Teacher Charles Besse plays ball with students at the original Jefferson Village School. Notice that the bats are boards and there are no gloves to be seen. The girls, most with hats and aprons look on. The building still stands in the North Village across from the apartment building which used to be Hoffses and later, Marshall Holmes’s store.

This photo is one of almost 50 vintage photos in the 2020 calendar showing people having fun in ‘the good old days.’ The calendar also has important contact numbers for residents. They cost $10 and may be ordered by calling 549-5258 or 549-5592. (contributed photo) 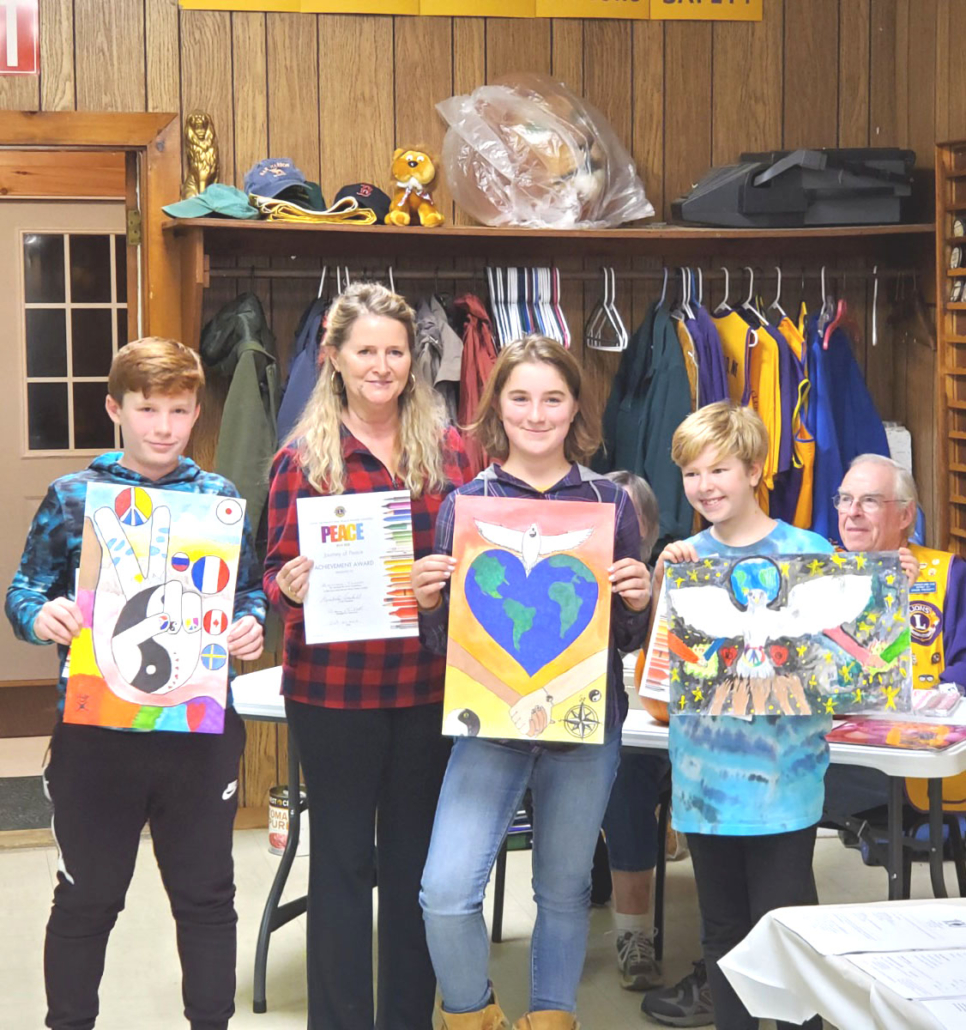 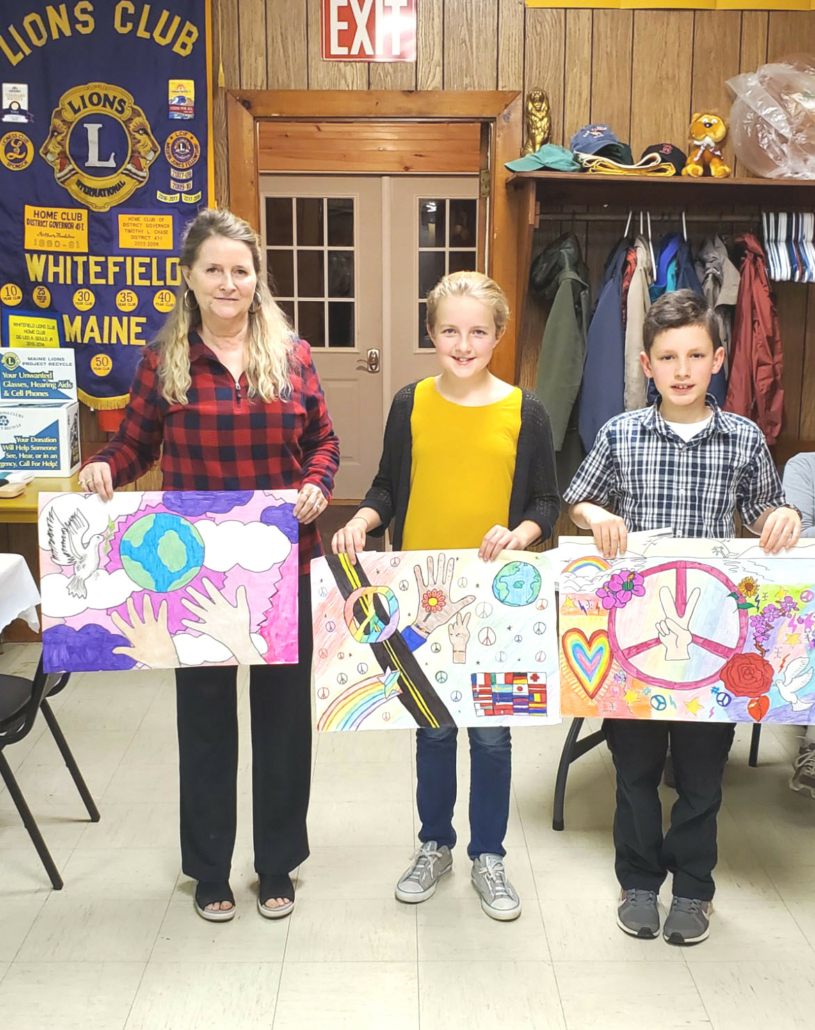 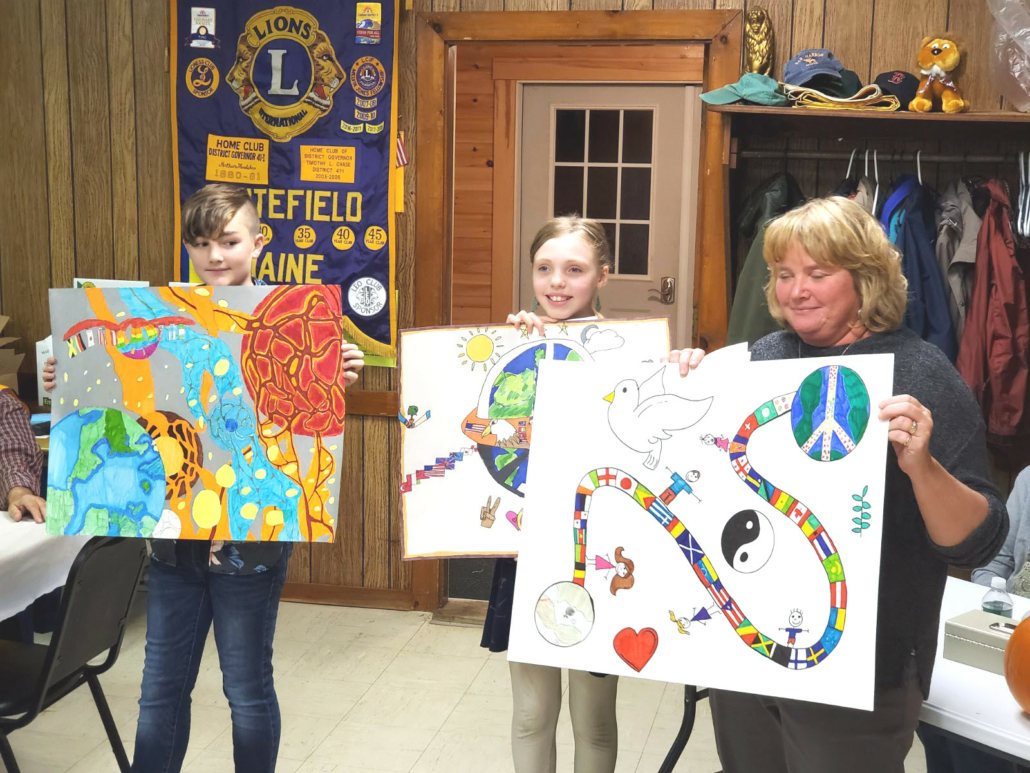 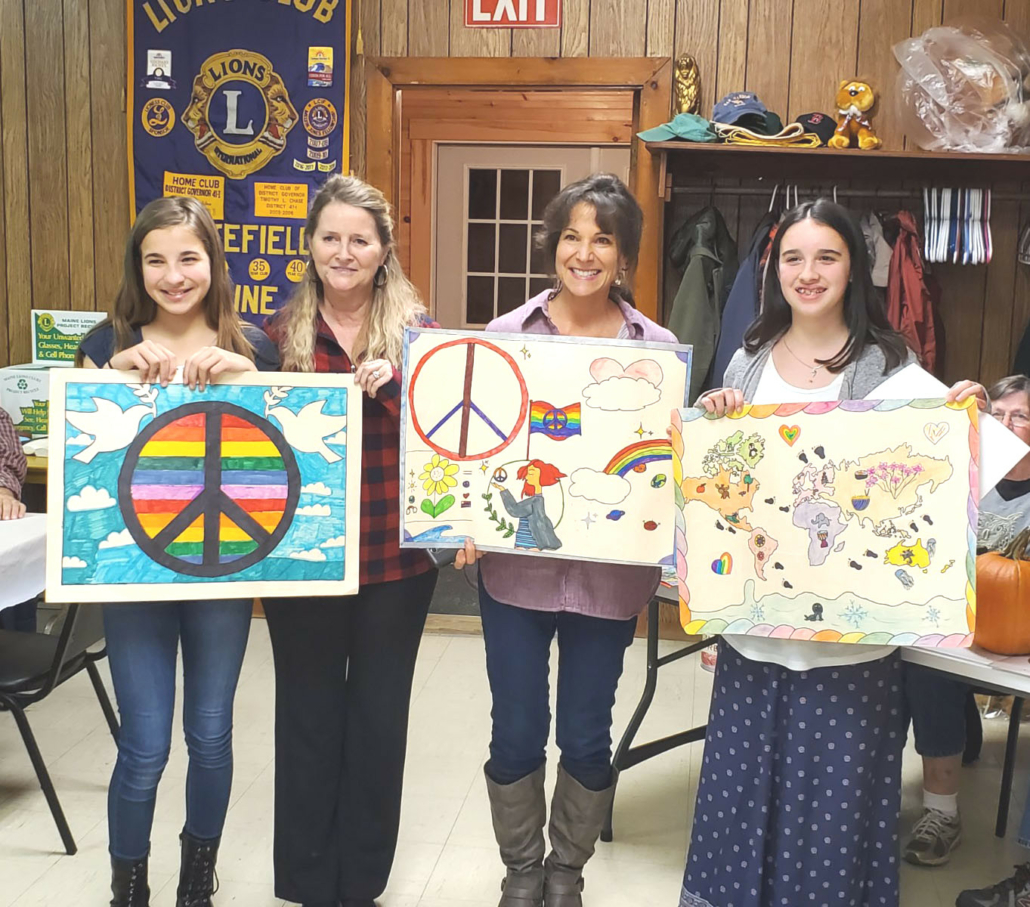 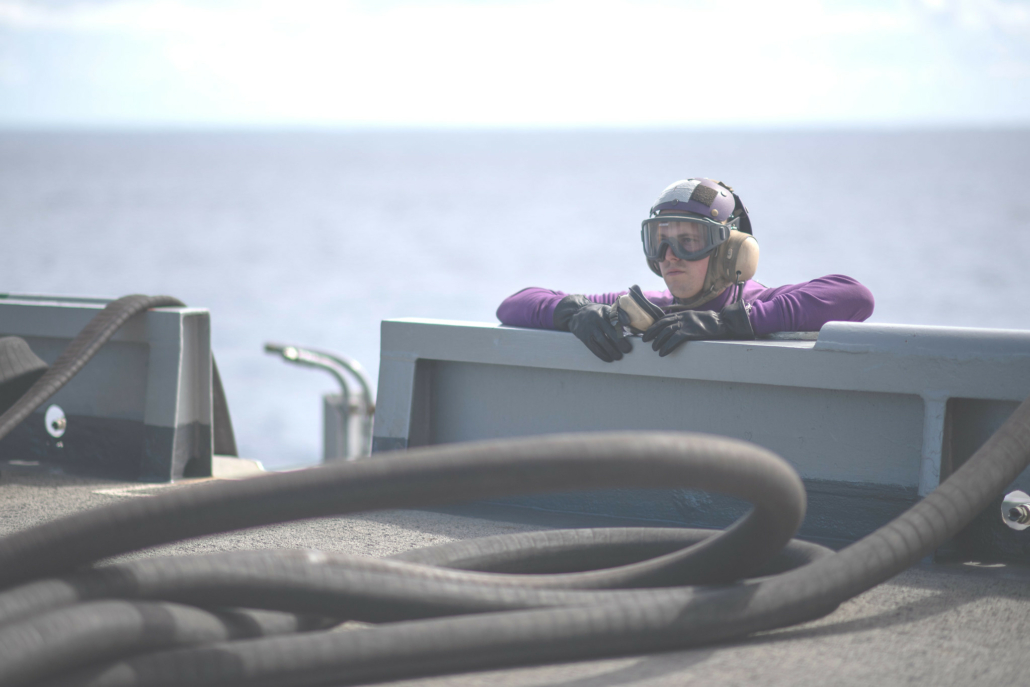 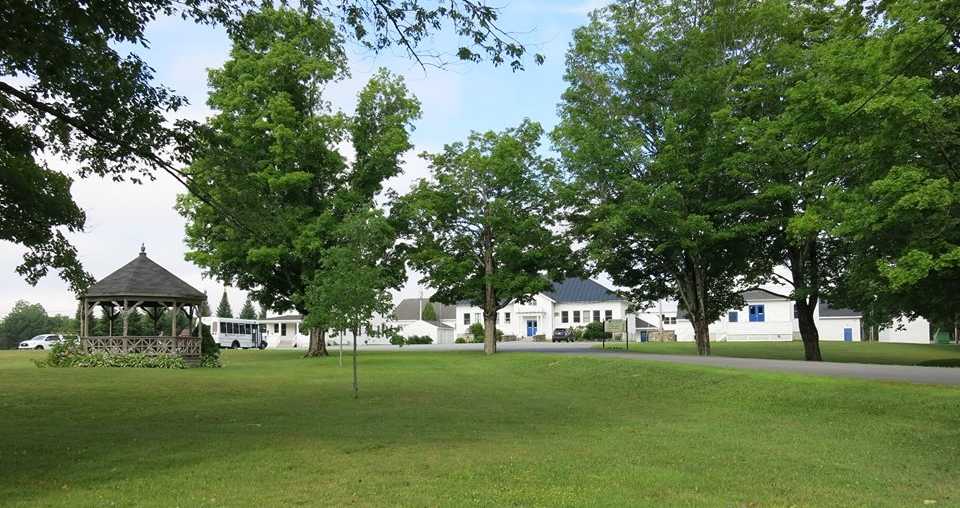 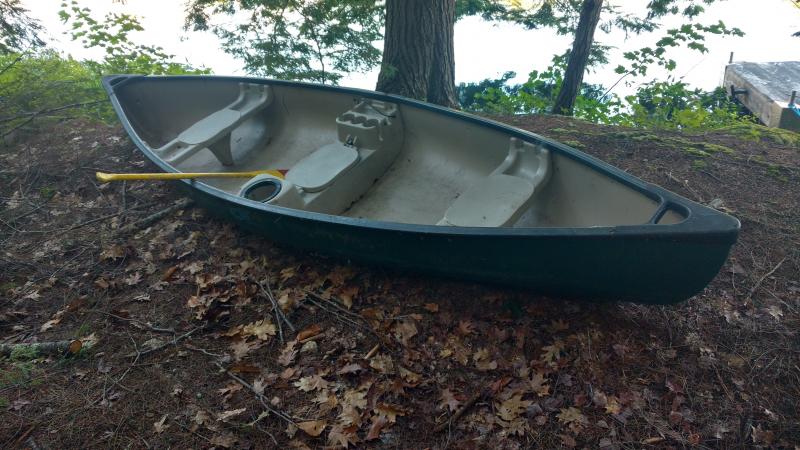 A canoe will be among auction items Aug. 24 at St. Giles, in Jefferson.

A canoe, a table saw, nail guns and other serious tools, three days at an Arrowsic cottage on the water, horseback riding lessons, bicycles, new infant/child gear and clothing, homemade jams and pickles, a basket of green cleaning supplies, QuickBooks help – these are among the offerings at the Saturday August 24, St. Giles Jefferson silent and live auction and yard sale.

Added attractions will include a homemade pie sale, with dozens of choices, with a focus on fruit pies. There will be burgers and hot dogs from Bill’s grill, a homemade children’s quilt, a boat trip on Belfast Bay, home-organization sessions with a professional organizer, an organic produce basket, a new under-seat rolling suitcase, an antique table and lamp, and many “treasures” at garage sale prices. 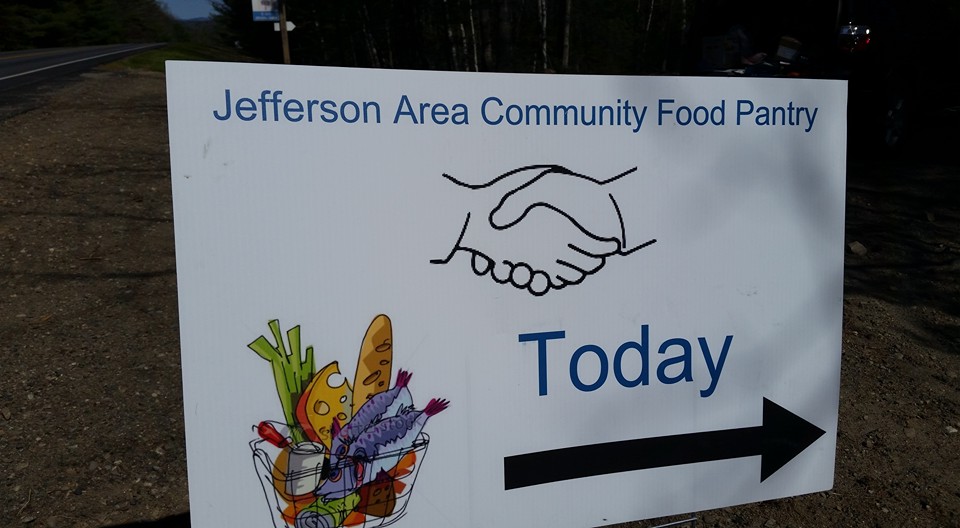 The Jefferson Area Community Food Pantry received more than 700 pounds of non-perishable food from area residents who donated through the US Postal Service Food Drive this past Saturday. A special thanks to all who donated and to the postal carriers for all the extra work.

All those in need of help providing food for themselves, their families or know of someone in need, the pantry is open the second and fourth Wednesdays of the month at St Giles Episcopal Church, 72 Gardiner Rd (Rt 126) in Jefferson.

For more information please call 315-1134. If you would like to make a monetary donation please make check out to St Giles Episcopal Church, PO Box 34, Jefferson, ME 04348, and write JACFP in the memo line. 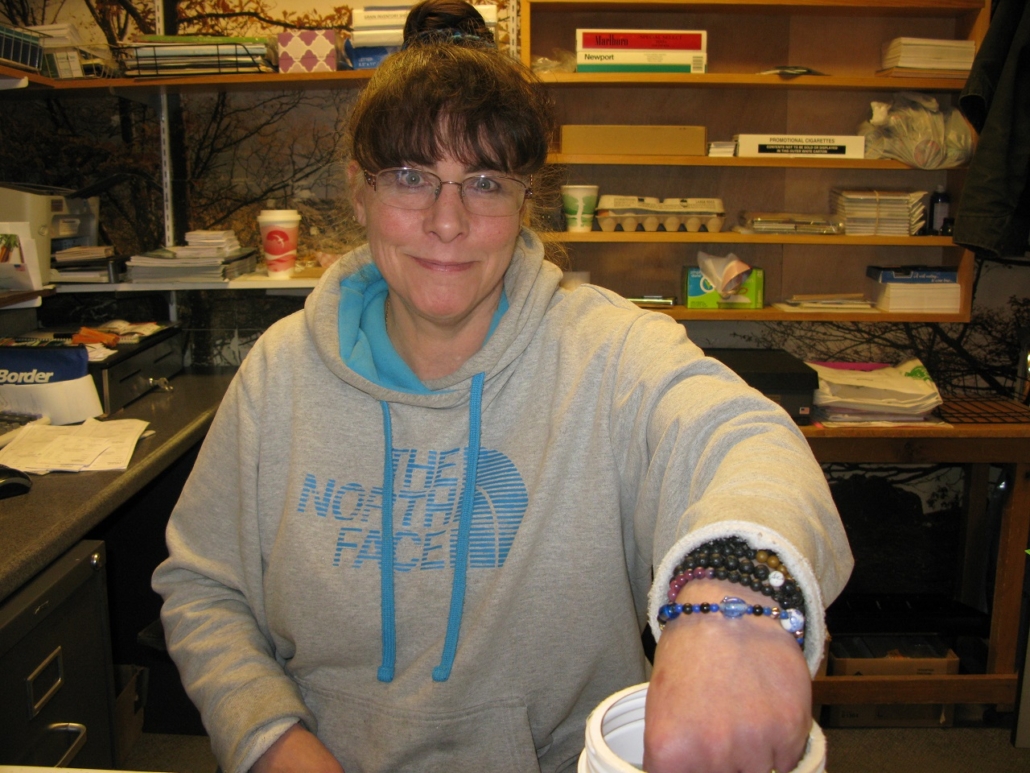 Laura Sullivan, of Jefferson, was delighted when she learned she had won the Living Communities Foundation’s Earth Day Basket Raffle. Sullivan is looking forward to using the gardening tools and supplies to plant her perennial bulbs and veggies.” The contents of the basket were valued at over $300. Most of the tickets were sold at Hussey’s, and they graciously donated several essential garden tools.

This would not have been possible without the hard work of volunteers Nanci Pollard, Ronn Sepp, Ann Sears, Denise Wilcox, and Mike Dunn. Proceeds benefit the Palermo Community Center and Community Garden, and the Palermo Food Pantry.