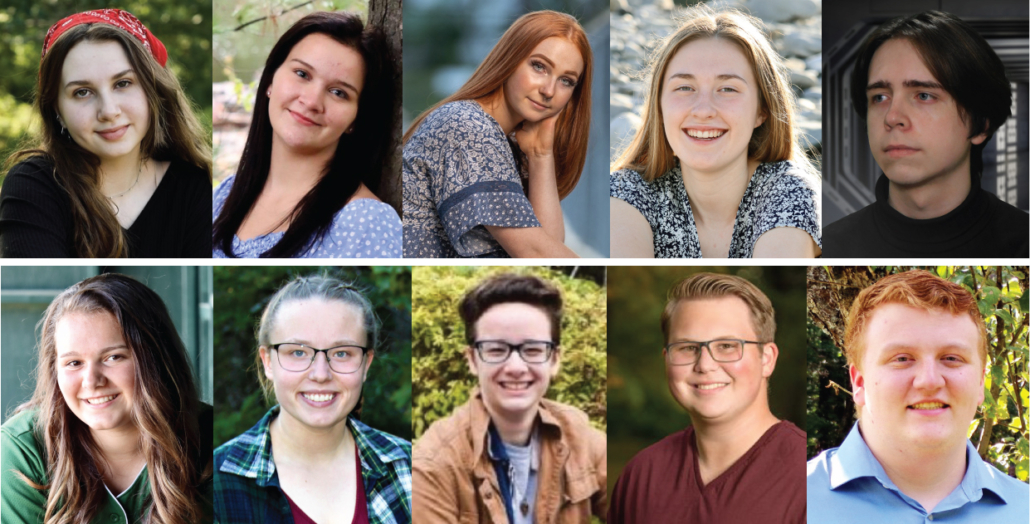 Carrabec High School, in North Anson, top ten students in the class of 2022.

Emma Baker is the daughter of Dean and Melissa Baker, of Embden. Emma will be attending Suny Plattsburgh University in New York for computer science.

Julia Baker is the daughter of Eric and Kelly Baker, of Embden. Julia will be attending Kennebec Valley Community College for nursing/general studies.

Abigayle Ballard is the daughter of Kevin Ballard, of Wiscasset, and Terry and Adam Soosman, of Embden. Abigayle will be attending Kennebec Valley Community College for business/barketing.

Cheyenne Cahill – Valedictorian, is the daughter of Michael and Kimberly Cahill, of Embden. Cheyenne will be attending the University of New England majoring in applied exercise science.

Tyler Edwards is the son of Heather Wahler, of Embden. Tyler will be attending the University of Maine for new media.

Shyanne Holmes – Salutatorian, is the daughter of William and Jennifer Holmes, of North Anson. Shyanne will be attending Thomas College majoring in business.

Courtney Rollins is the daughter of Duayne and Jenney Rollins, of Solon. Courtney will be continuing in the work force.

Trinity Slate is the child of Stacey Slate, of North Anson. Trinity will be attending the University of Maine at Farmington for International and global studies.

Brandon Smith is the son of Kenneth and Rebecca Smith, of Anson. Brandon will be attending Thomas College for their public accounting program.

Garrett Wilson is the son of Jonathan and Susan Wilson, of Embden. Garrett will be attending a four-year college. 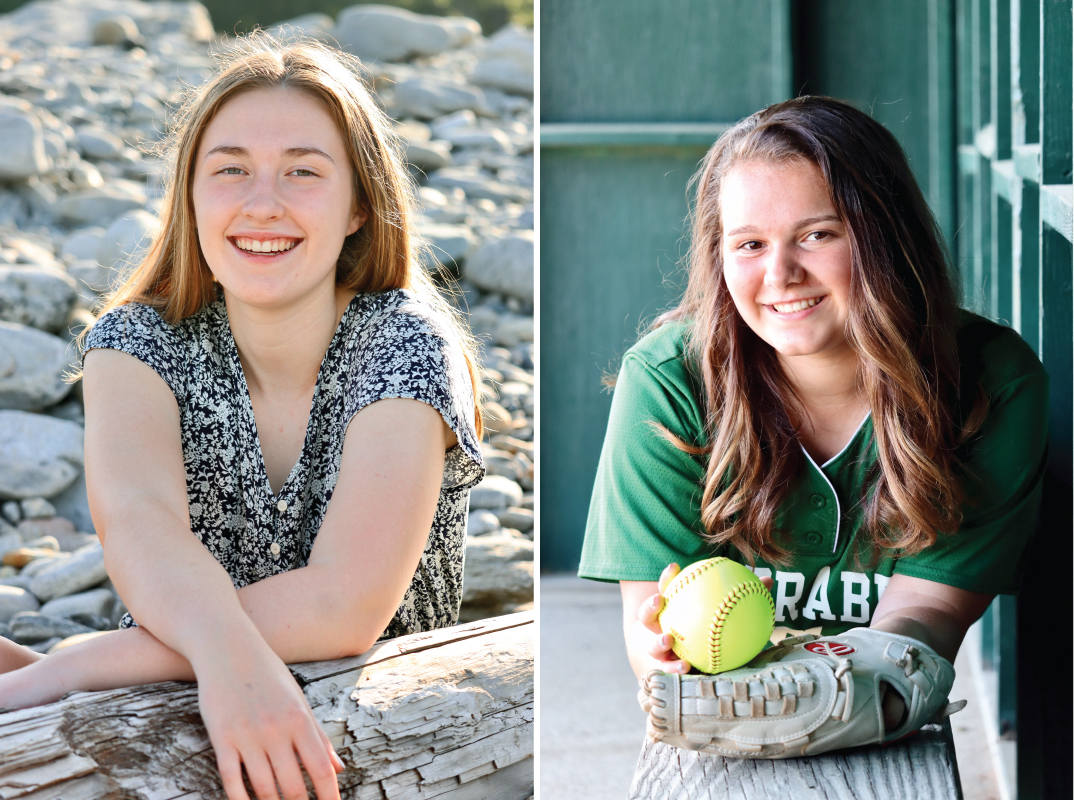 Timothy Richards, Principal, has announced honor parts for the Class of 2022 at Carrabec High School.

Cheyenne Cahill, Carrabec’s Valedictorian, is a student who is a role model in our school. With a grade point average of 101.32, she has completed two advanced placement classes, eight honors classes and six dual enrollment classes, as well as, five advanced math classes. Cheyenne is not only a great student and math team leader, she also applies her strengths to the sports world as well, excelling in basketball, track and tennis. Cheyenne has been a part of the Willpower team since seventh grade. Cheyenne will be attending the University of New England, in Biddeford, majoring in Applied Exercise Science. Cheyenne is the daughter of Michael and Kimberly Cahill, of Embden.

Shyanne Holmes, Carrabec’s Salutatorian, is a bright and successful student. Shyanne has a grade point average of 99.73, completing seven honors classes, two advanced placement classes, seven dual enrollment classes, as well as, two advanced math classes. Shyanne has been part of the Willpower team since seventh grade as well, shines in softball, and as a class leader. She will be an asset to any organization of which she chooses to be part. Shyanne will be attending Thomas College, in Waterville, majoring in business. Shyanne is the daughter of William and Jennifer Holmes, of North Anson. 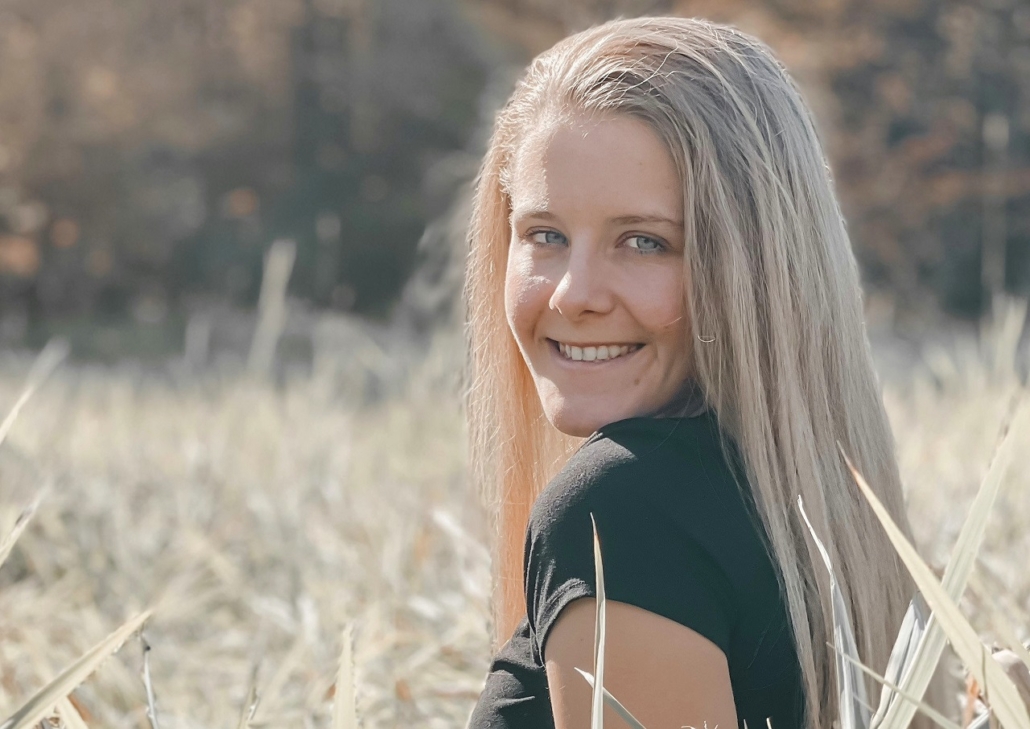 Brooke Welch, daughter of Dereck and Aaron Welch of North Anson, a senior at Carrabec High School, has been selected to receive the 2022 Principal’s Award, according to Prin­cipal Timothy Richards. The award, sponsored by the Maine Principals’ Association, is given in recognition of a high school senior’s academic achievement, citizenship and leadership.

According to Richards, Ms. Welch has distinguished herself as a leader for her class, a role model for her peers, and an athlete on the court and on the field. She always has a smile on her face and has a positive attitude. Brooke is hard-working, kind, and humble, all of which will ensure her future success. She is also very involved in her community, volunteering for many events, always willing to lend a hand.

Strong and focused, Brooke has not only thrived in the sports world, but has taken honors courses, as well as, AP and Dual Enrollment classes, and was March 2022 Student of the Month.

For all of these reasons, Richards is proud to announce that Brooke Welch is the Carrabec High School MPA Award recipient for 2022. Brooke can attend a LIVE Virtual Event on April 1, 2022, where she will be eligible to be selected for one of ten scholarships. 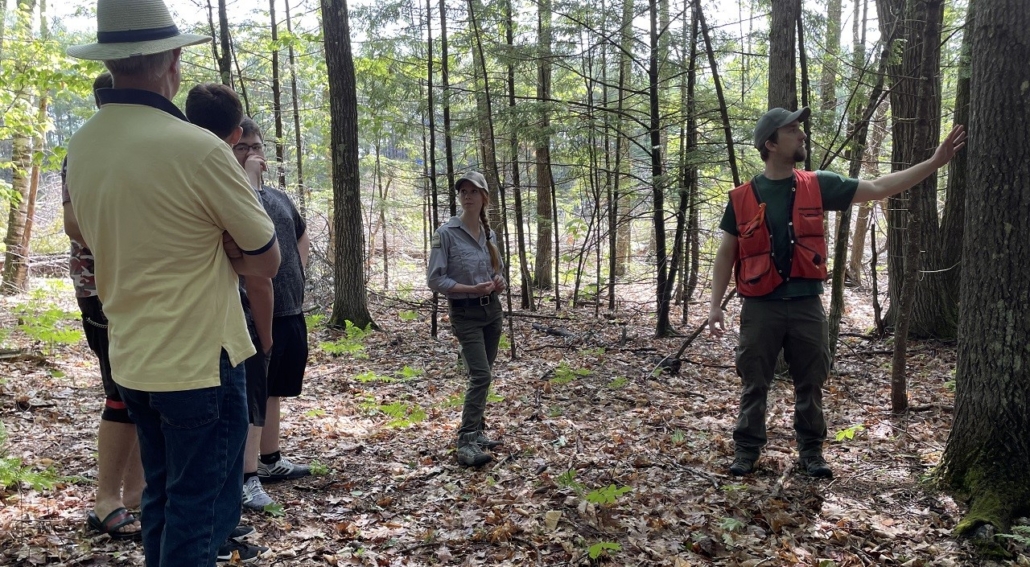 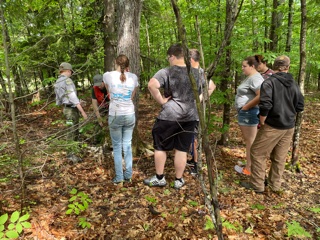 The Carrabec High School, in North Anson, biology students thank Julie Davenport and Jim Ferrante for their forestry presentation. Jim and Julie are foresters who work for the Maine Forest Service. On Tuesday, June 8, and Wednesday, June 9, they came to the high school and spoke to the biology classes. As well as describing the local forest ecology beside the high school, they also talked about the type of work they do as foresters.

This involves working with private landowners, logging companies, paper companies and others. Jim and Julie also talked about the education, training, and personal experience that prepared them to do what they do. This was a rich and necessary presentation for the high school students. As Julie and Jim related, there is a great need for people to do this kind of work.

There are, and will continue to be, many opportunities for people in this and related fields. It is a chance to stay in Maine, do meaningful work, and be outside while you are doing it. What could be better? 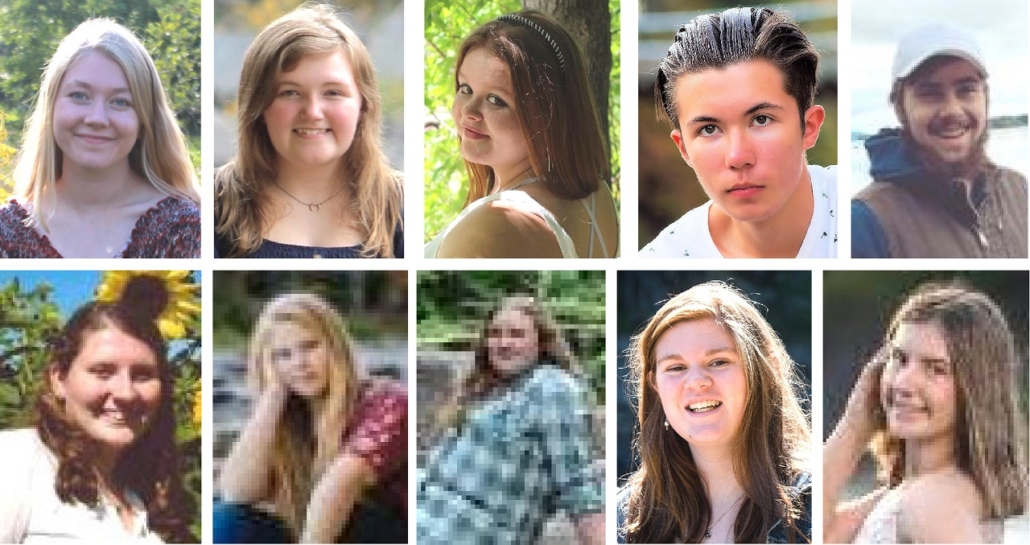 Sarah Olson, Carrabec’s Valedictorian, is a student who is a role model in our school. With a grade point average of 101.18 she has completed four advanced placement classes, seven honors classes and five dual enrollment classes.

Sarah is a student who is quiet and accomplishes a lot behind the scenes. She is hard working and will be successful in any endeavor she chooses to pursue. Sarah will be attending Dartmouth College, in Hanover, New Hampshire. Sarah is the daughter of Kirt and Laurie Olson, of Solon.

Mikayla will be an asset to any organization to which she chooses to become a part. Mikayla will be attending the University of Maine at Farmington, majoring in psychology. Mikayla is the daughter of Lawrence and Renee Oliver, of Embden.

Jasmyne Coombs is the daughter of Aryke Tyrrell, of Solon, and Brian Coombs, of Solon. Jasmyne will be attending the University of Maine at Farmington for their secondary education program.

Andrew Davis is the son of Donna Davis, of New Portland. Andrew will be going into the U.S. Air Force.

Ethan Johnson is the son of Wayne and Kim Johnson, of Solon. Ethan will be continuing in the work force.

Chantelle LaCroix is the daughter of Kevin and Janet LaCroix, of Solon. Chantelle will be attending Husson University, in Bangor, majoring in physical therapy.

Elizabeth Manzer is the daughter of Angela Hawkins, of Anson, and Dean Manzer of Anson. Elizabeth will be attending Kennebec Valley Community College, in Fairfield, for their phlebotomy program.

Autumn Morrill is the daughter of Eric and Amanda Morrill, of Embden. Autumn will be attending the University of Maine at Orono for their animal and veterinary science program.

Courtney Peabody is the daughter of Robert and Carrie Peabody, of Solon. Courtney will be attending Plymouth State University, in Plymouth, New Hampshire, majoring in adventure education.

Anastasia Quimby is the daughter of Stacey Brown and Terry True, of Wellington. Anastasia will be attending Husson University, in Bangor.