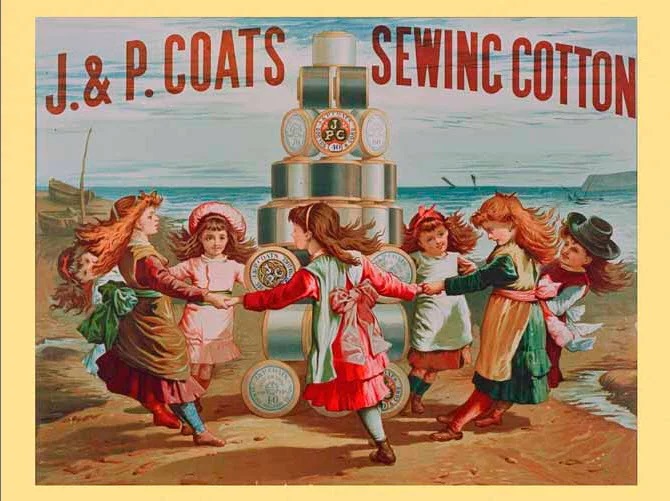 (Editor: We’re sorry, this event has been canceled because of the coronavirus outbreak!)

In the late 18th century, patrons of James Clark’s cotton thread shop in Paisley, Scotland, first found that they could buy thread wound on wooden spools made by a local wood turner. The convenience caught on and the thread spool industry was born, first in Scotland and Finland, then in the United States. Initially Maine birch wood was shipped to cotton mills in New Jersey and Rhode Island, but it became more economical to turn the spools in Maine, eliminating heavy transportation costs.

Maine had the country’s largest supply of white birch, grown as a succession crop to massive forest fires. Oxford, Franklin, and Piscataquis counties led in the amount of birch available. Following the passage of tariffs on spool created overseas, the spool mill boom was on. Peter Stowell’s ancestors were early to the expansion of these mills as, almost accidentally, they grew the industry from a single mill in Dixfield to dominance in the industry. His presentation traces the history of this now vanished industry in Western Maine.

This month’s KHS speaker, Peter Stowell, grew up in Andover and Bethel. He was entranced early by the majesty of Oxford County’s mountains and rivers and began exploring its history and geography as a child. He is now focused on recovering cultural information long lost to present generations through assiduous research in Maine’s defunct newspapers, official state and federal directories and reports, and informed sources.

This KHS presentation is free to the public (donations gladly accepted). The presentation will be followed by some light refreshments and take place at 6:30 p.m. Wednesday, March 18, at Hope Baptist Church, located at 726 Western Avenue, in Manchester.

This visual slideshow explores the “herstories” of Penobscot Bay women and daughters who went to sea in the nineteenth and early twentieth century. Despite the old sailors’ superstition that women at sea were unlucky, the women accompanied their fathers and husbands on cargo voyages around the world. Some were literally born into the profession and others joined their love ones with initial trepidation. Using letters, manuscripts and newspaper articles from the Penobscot Marine Museum archives and objects from the collection, we will learn about their experiences at sea.

The Kennebec Historical Society July presentation is free to the public (donations gladly accepted) and will take place on Wednesday, July 19, at 6:30 p.m., at the Hope Baptist Church, located at 726 Western Avenue in Manchester.