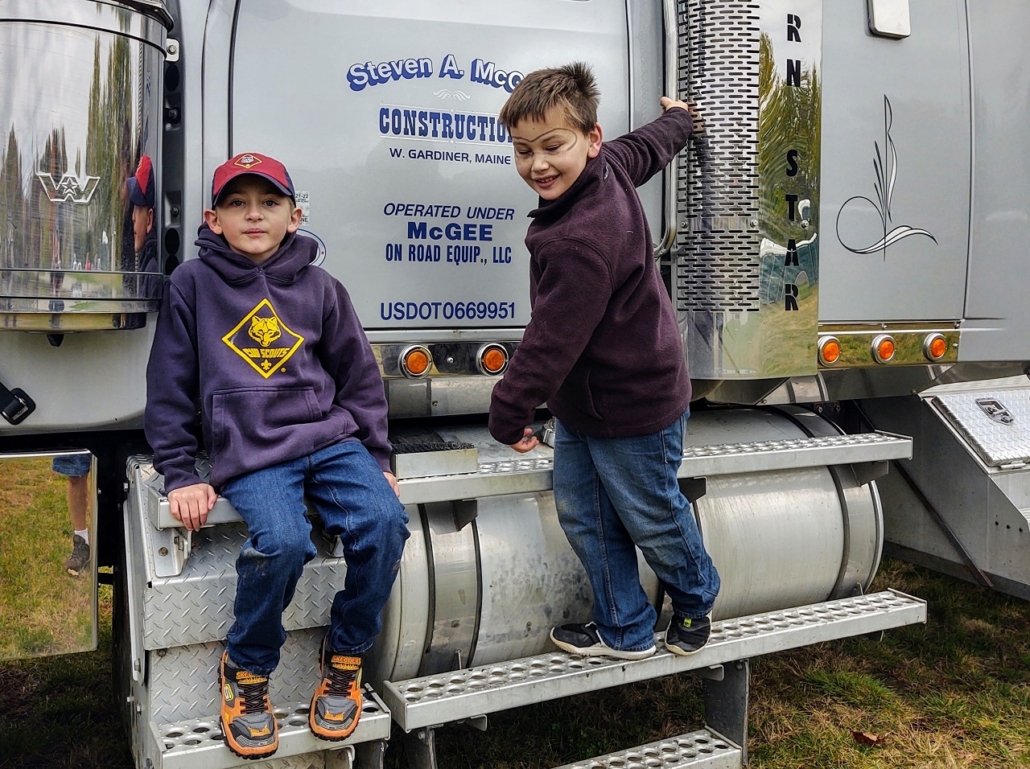 Augusta Cub Scout Pack #684 held a “Touch A Truck” event on Saturday, October 23, at Mill Park. Youth from around the area climbed on, and in, large rigs and small earthmovers learning from the owners how each worked. The event also had information about Cub Scouting for those who struggle and wanted more than one day of fun. Cubmaster Shawn McFarland said, “This was our first time doing this event and it got postponed once due to weather earlier in autumn. It was great to see kids having fun and learning and exploring. We will have this again next year.” He thanked NRF, Maine X Construction, Steven A McGee Construction, New Gen Powerline, Bisson transport, and the city of Augusta for their support. 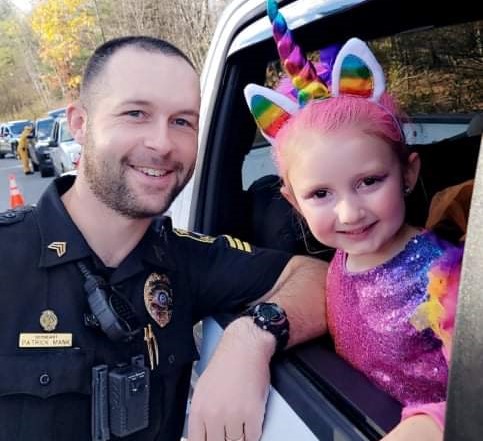 On October 31, the Fairfield Police Department hosted their Second Annual Halloween Trunk or Treat Drive Thru, and it was a huge success. What started as a solution for trick or treating the first Halloween during COVID, has now turned into an annual event. The Fairfield Police Department plans on continuing the tradition for years to come. None of this would be possible without the amazing contributions and participation from members of the community. They look forward to Halloween of 2022! 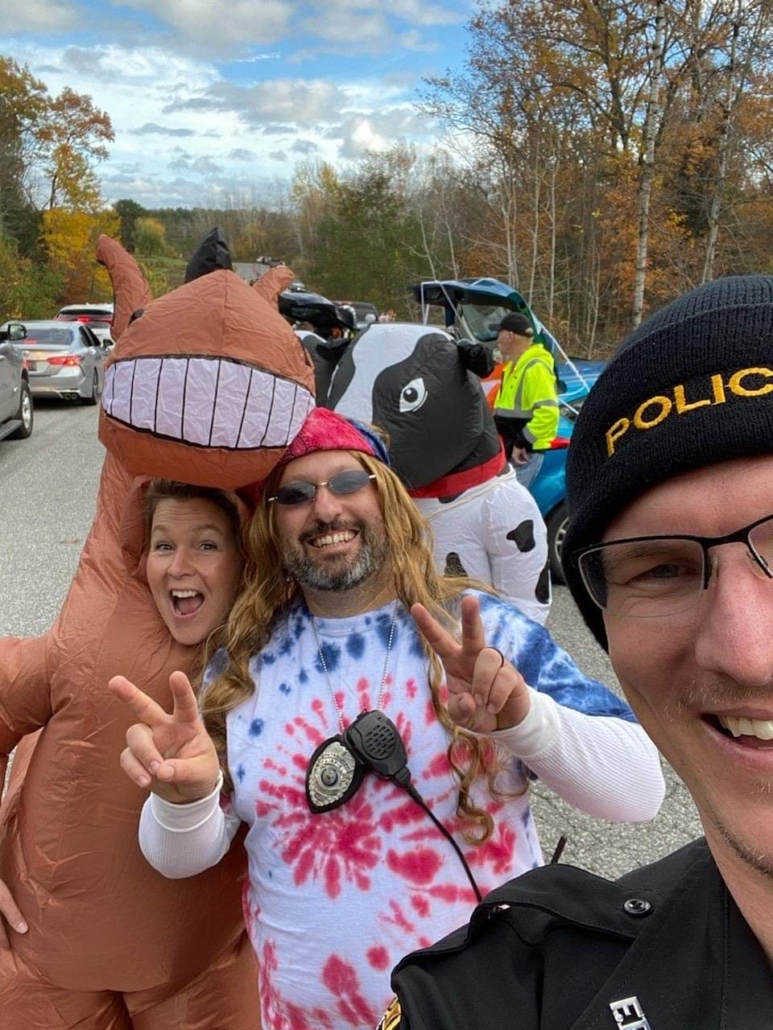 Photos and text by Mark Huard 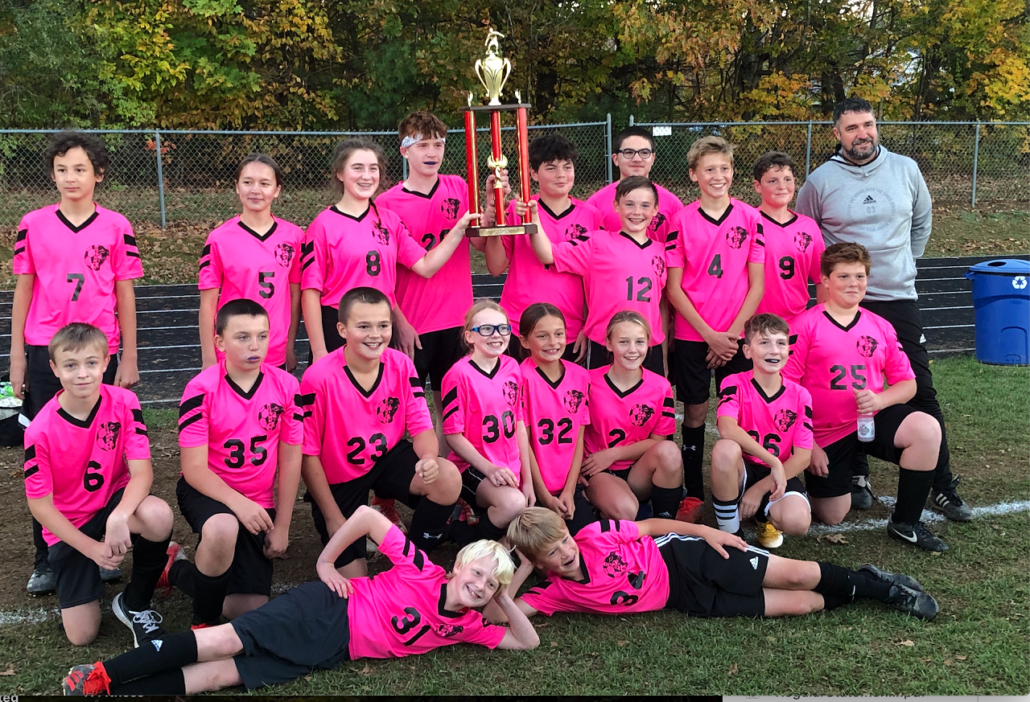 The Palermo Consolidated School’s middle school soccer team beat St. Michael’s School in a 2-0 win for the championship.  They had a 9-0-1 record for the season.  They end the season with a great appreciation for their coach, Dick Reitchel.  Dick Reitchel has been the soccer coach for Palermo School for eight years and also coaches and helps run the Palermo Youth Athletics (PYA) program. (photo courtesy of Stephanie Oliphant) 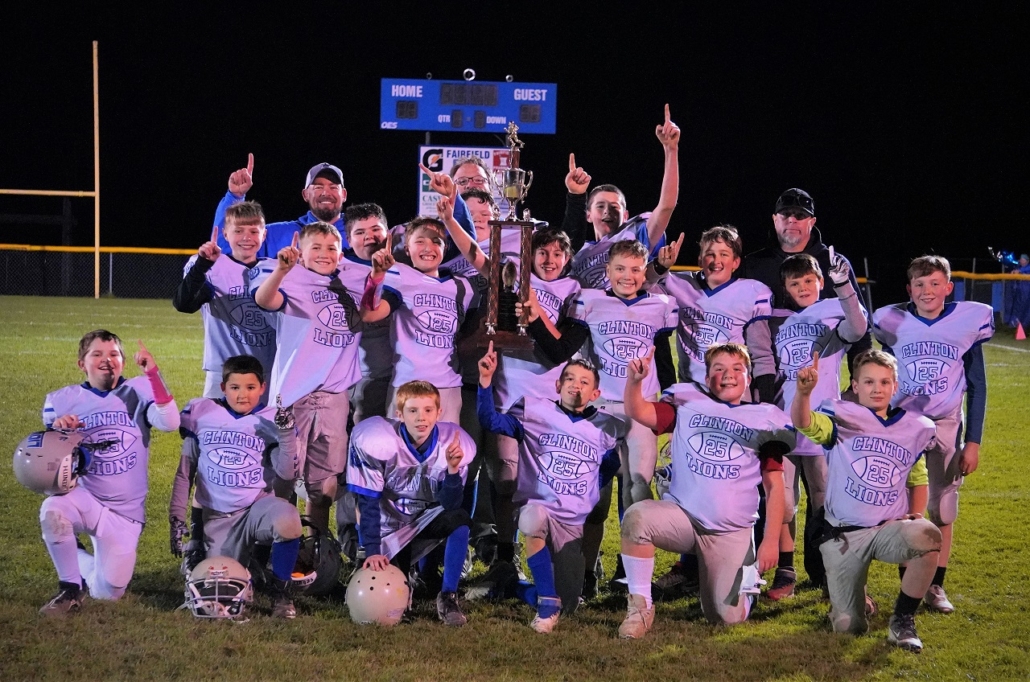 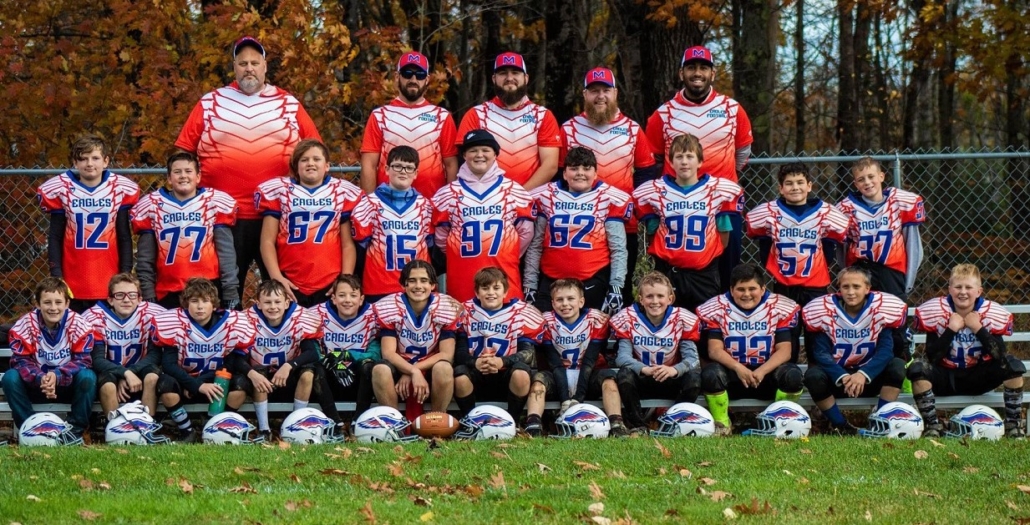 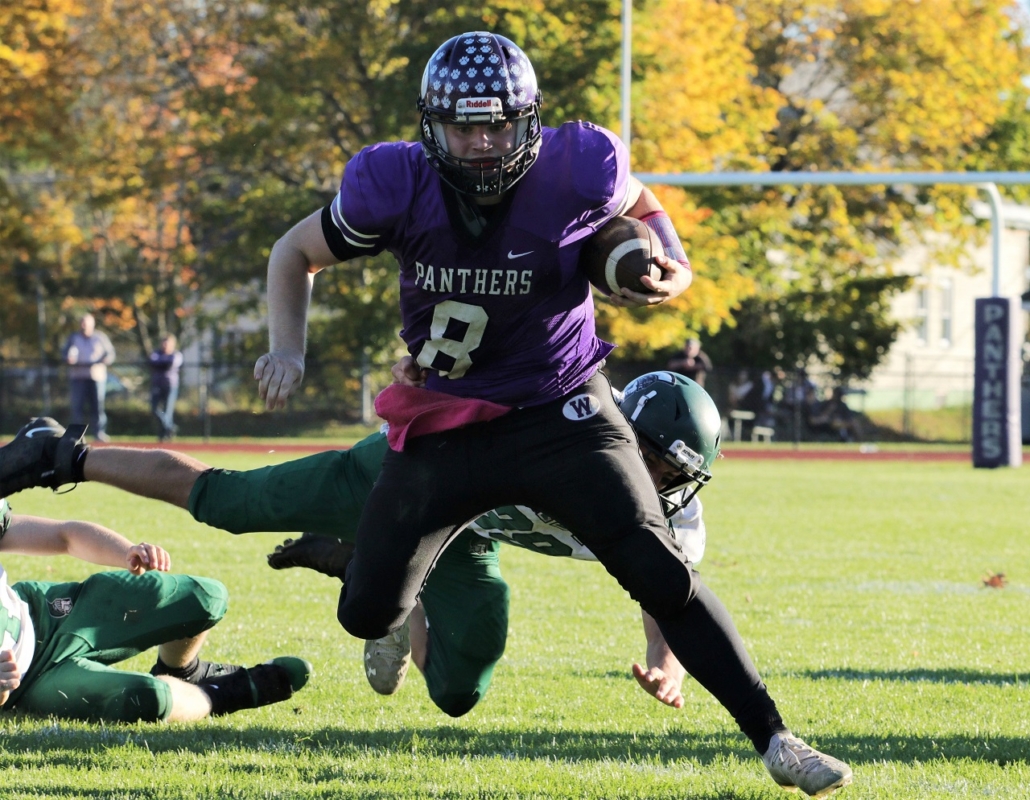 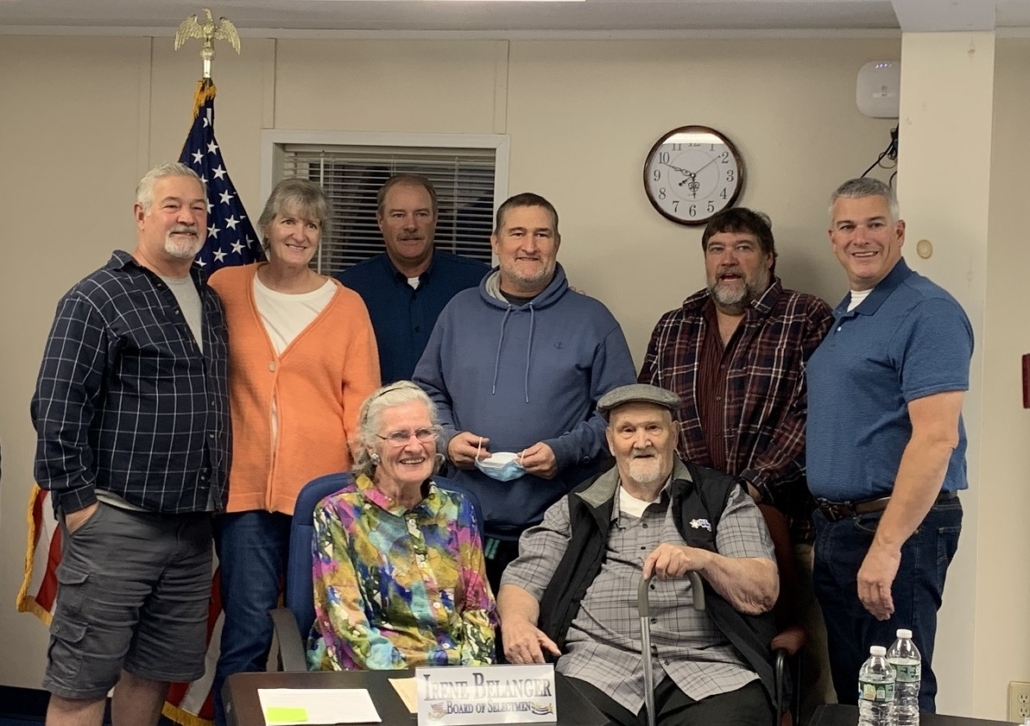 Irene Belanger, seated left, recently retired from the select board after 22 years of service. Pictured with her are her husband, “Val”. right, and her immediate family standing behind her. (photo courtesy of Kelly Grotton) 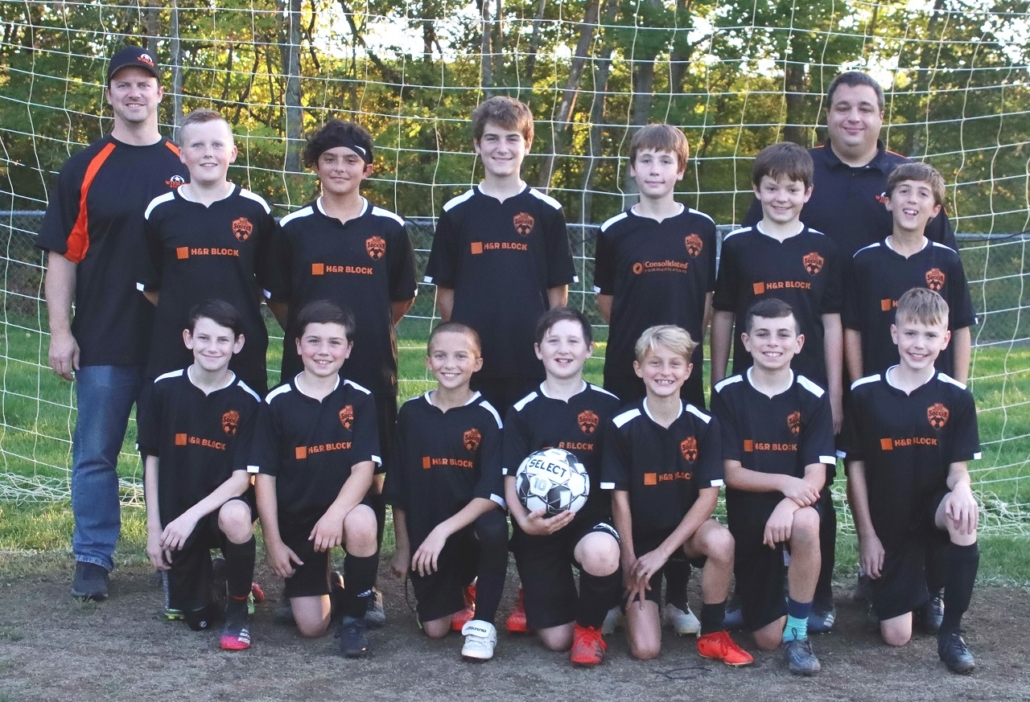 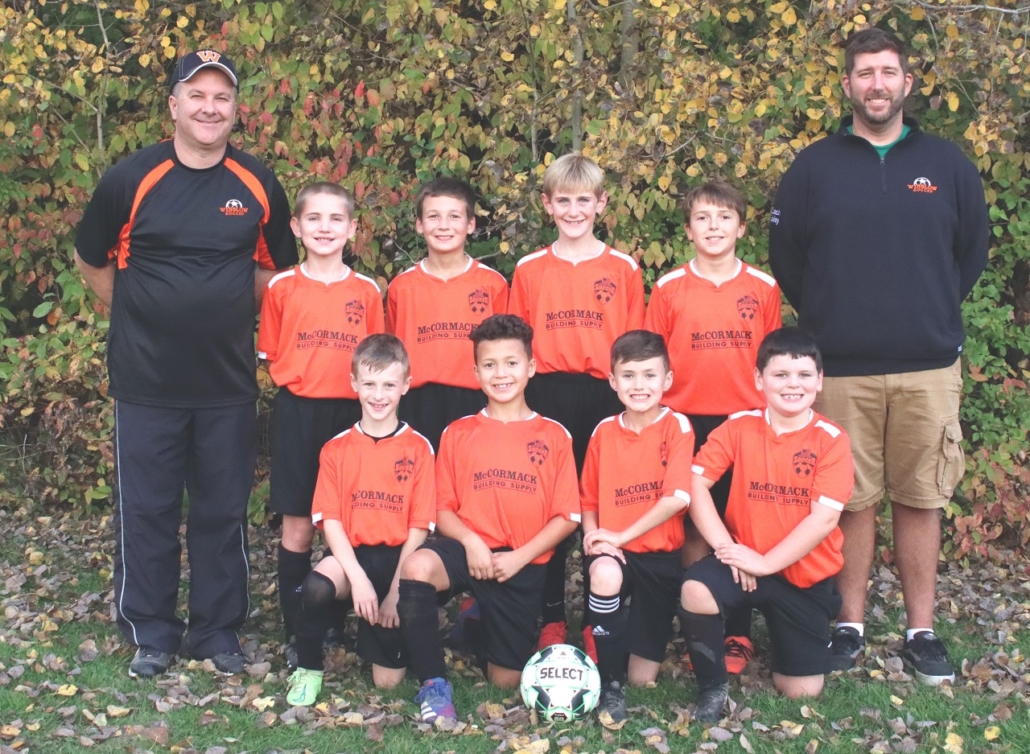 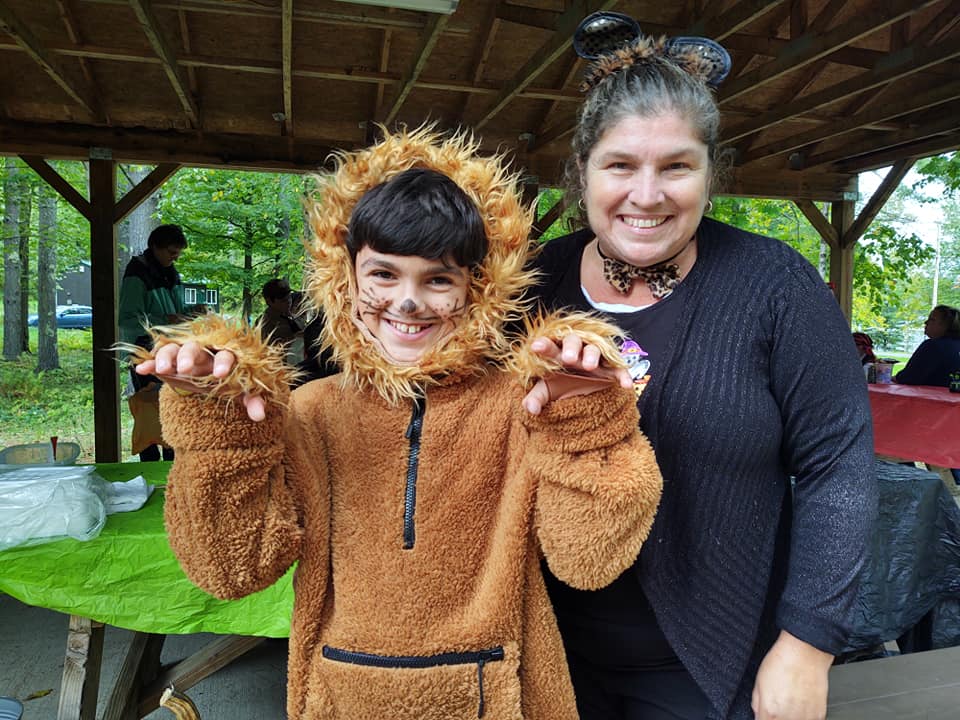 Tristan Morton, of Augusta, Pack #603, and his mother. (photos courtesy of Chuck Mahaleris) 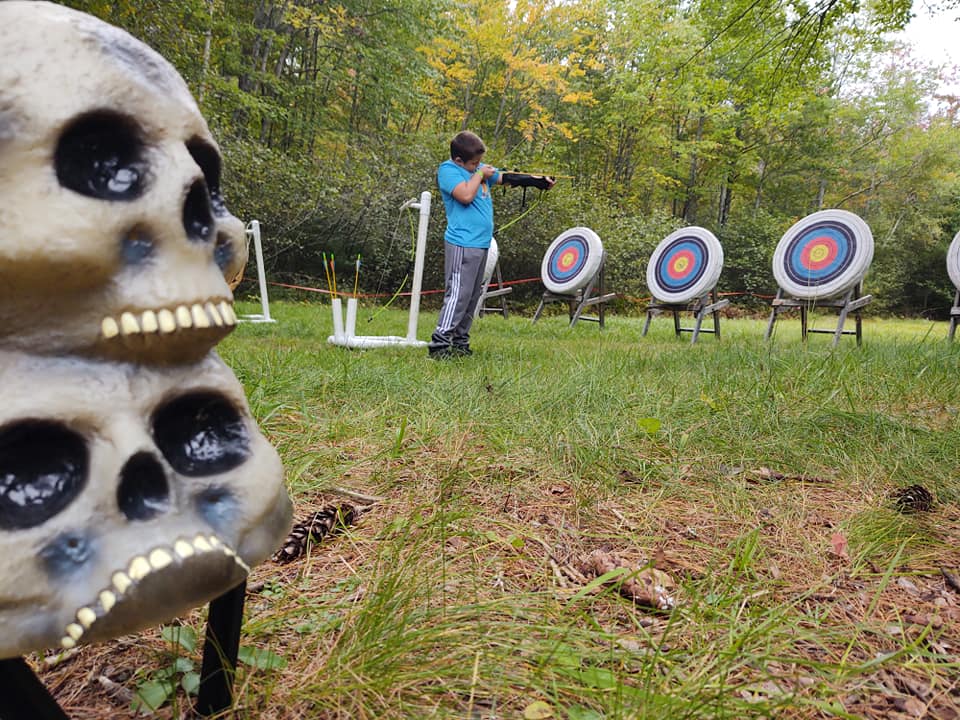 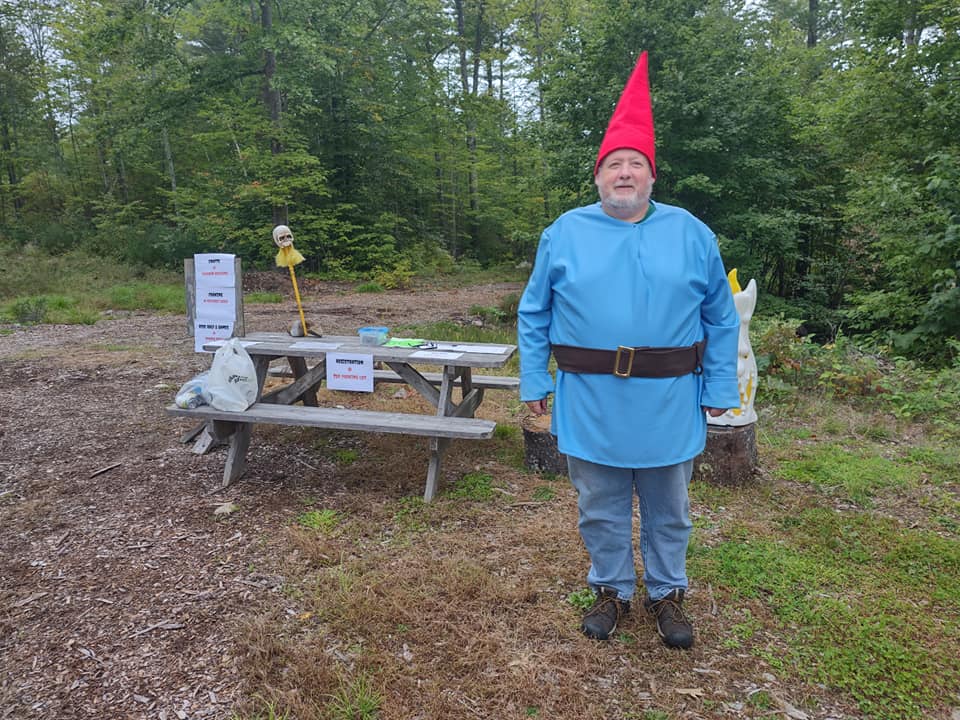 Eric Handley, Scoutmaster of Troop #401, in Sidney, was the largest lawn gnome in the world and welcomed people at the registration table for Haunted Woods. (photos courtesy of Chuck Mahaleris) 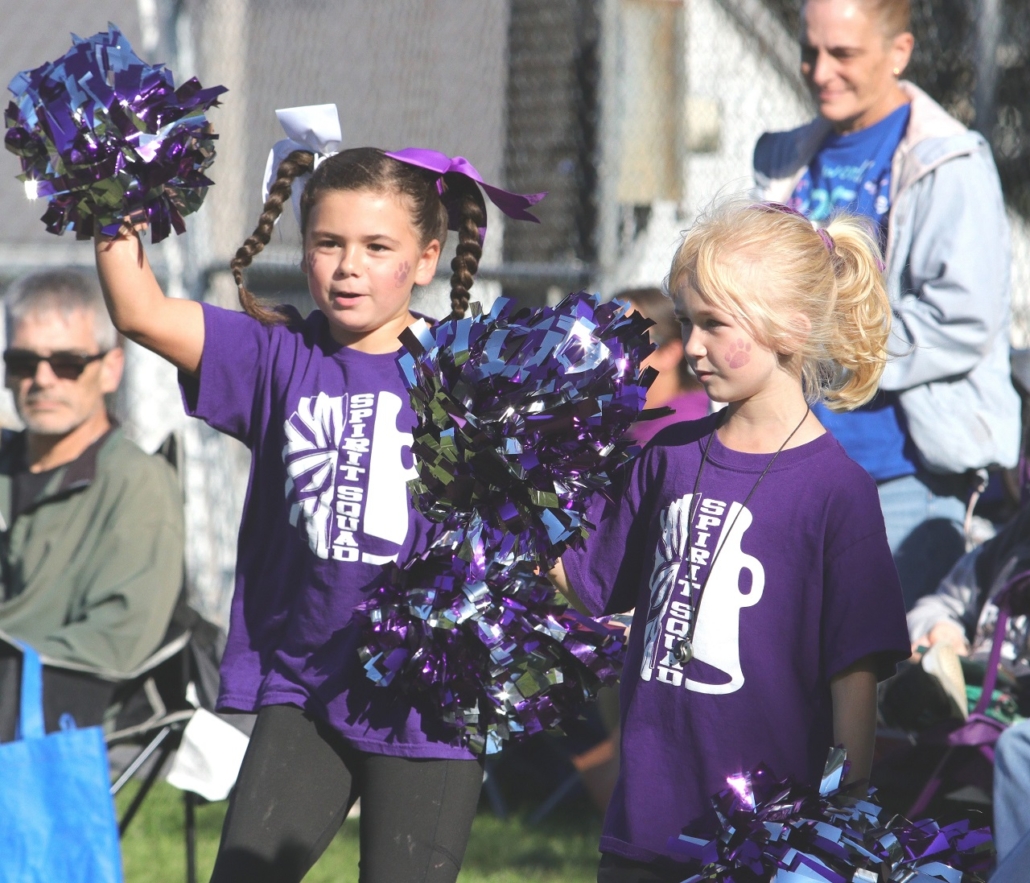 It was opening day for Waterville Youth Football on October 10. 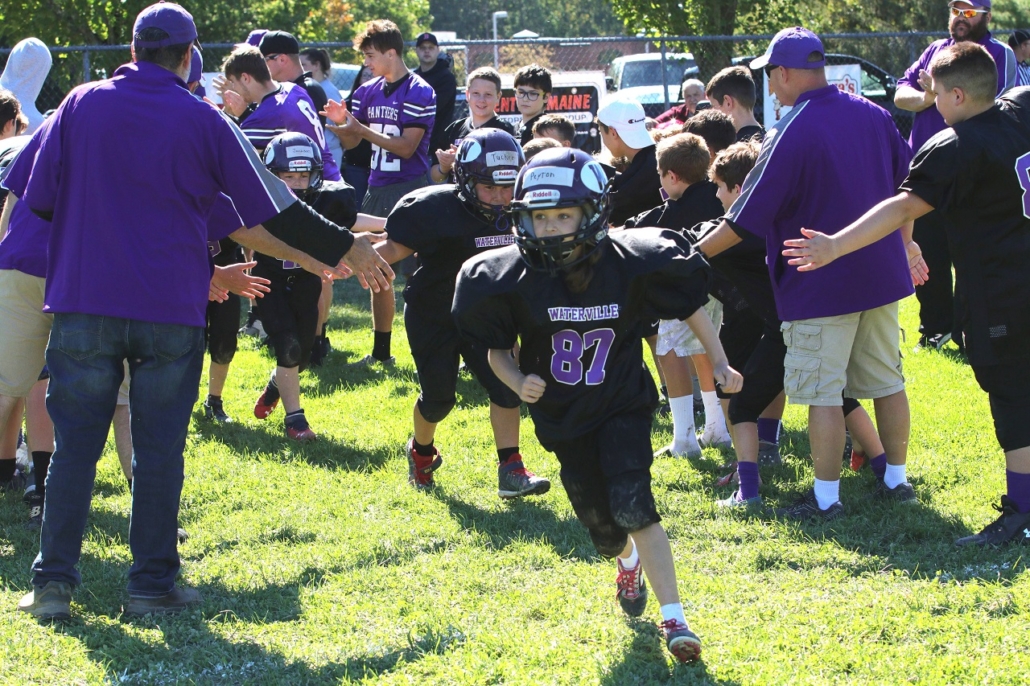 Players take the field cheered on by some older Purple Panthers and coaches. (photo by Missy Brown, Central Maine Photography) 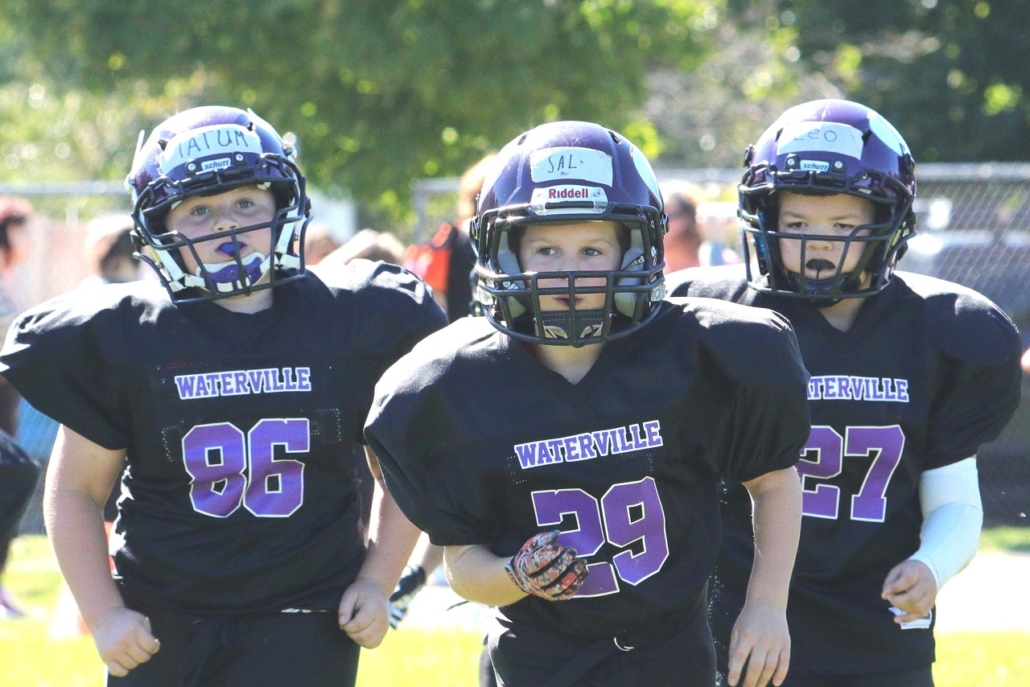 From left to right, Tatum, Salvatore and Leo lead their team onto the field. (photos by Missy Brown, Central Maine Photography) 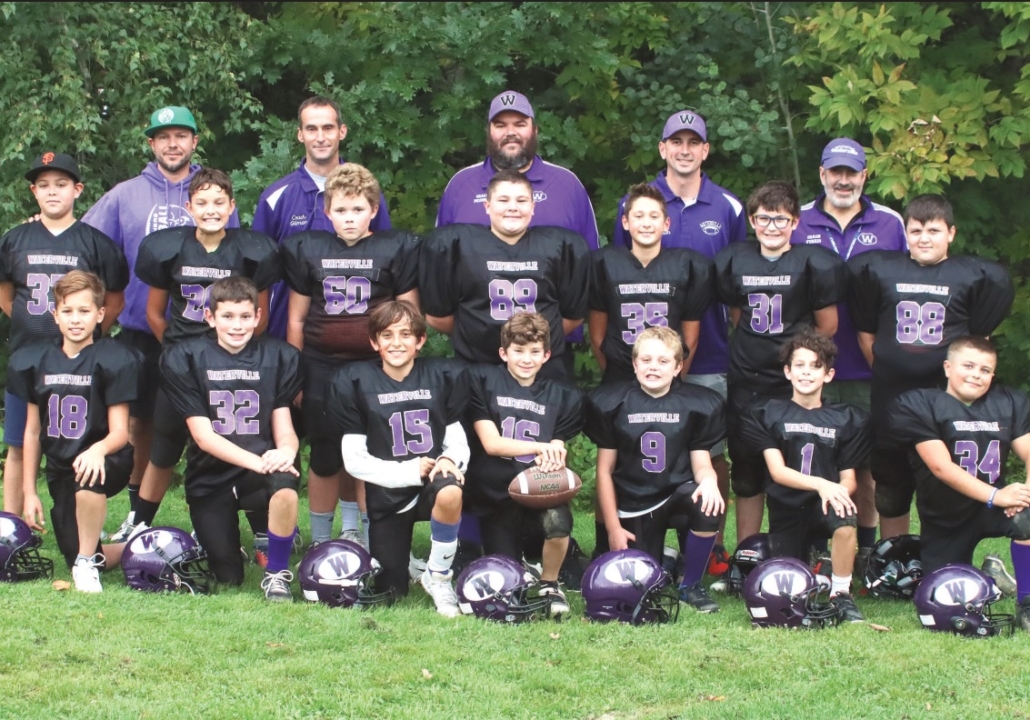 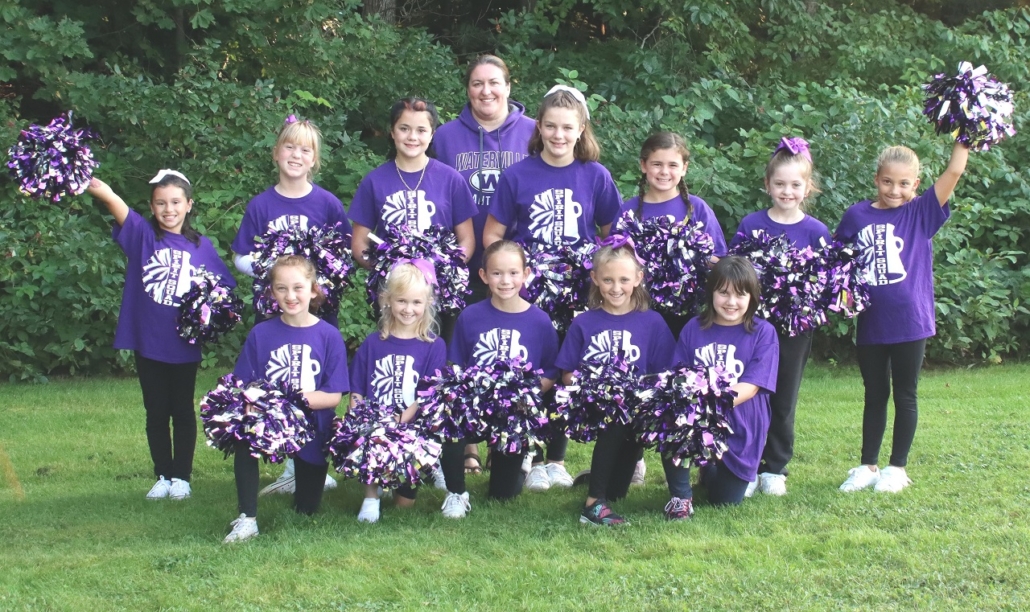 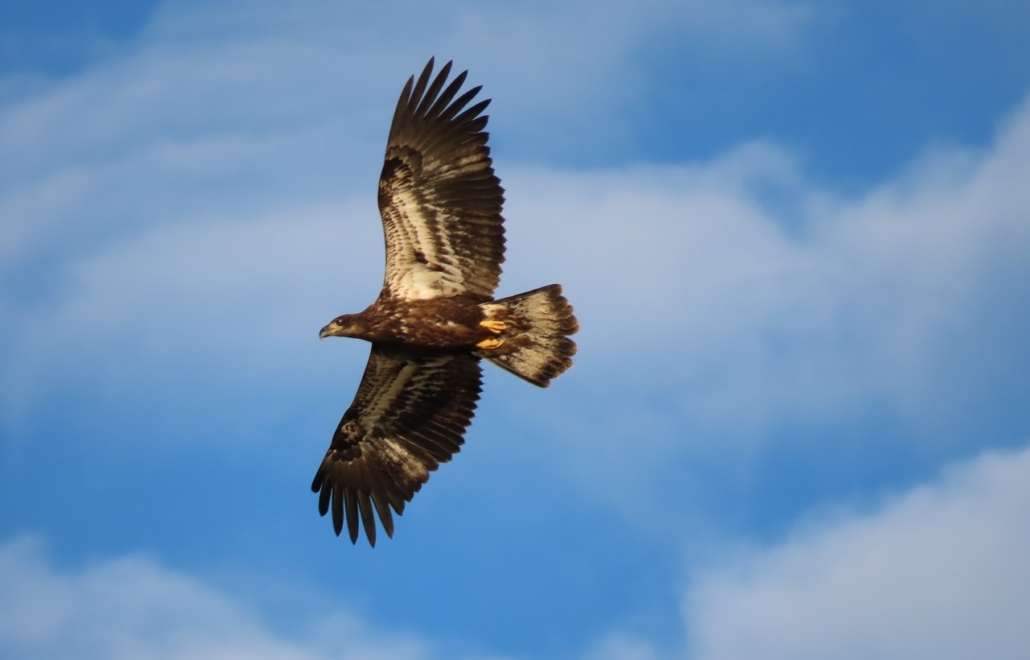 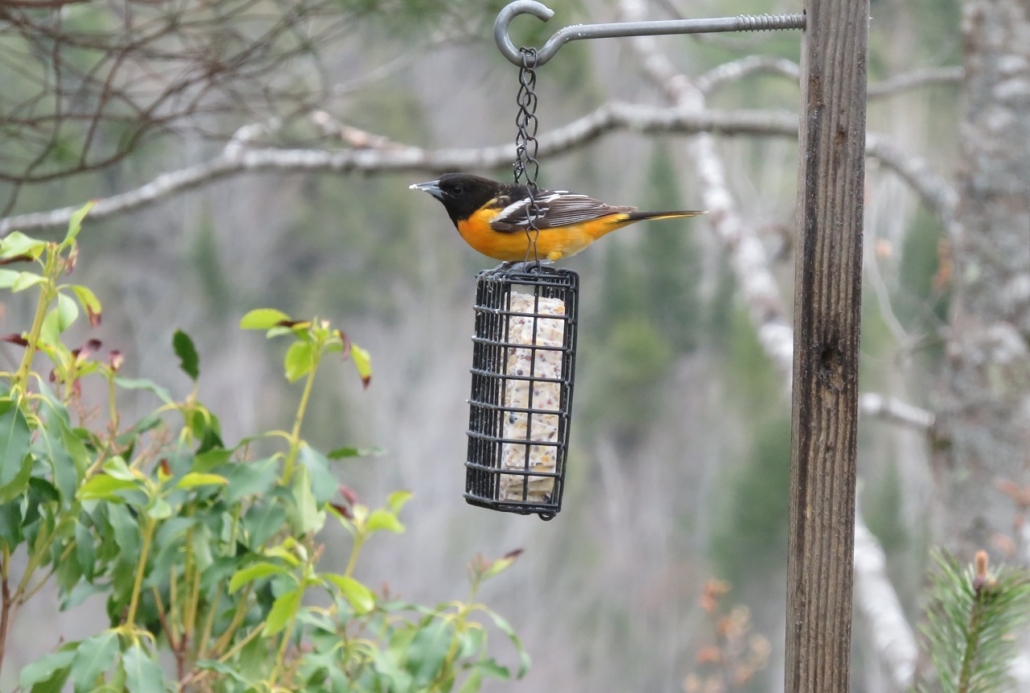 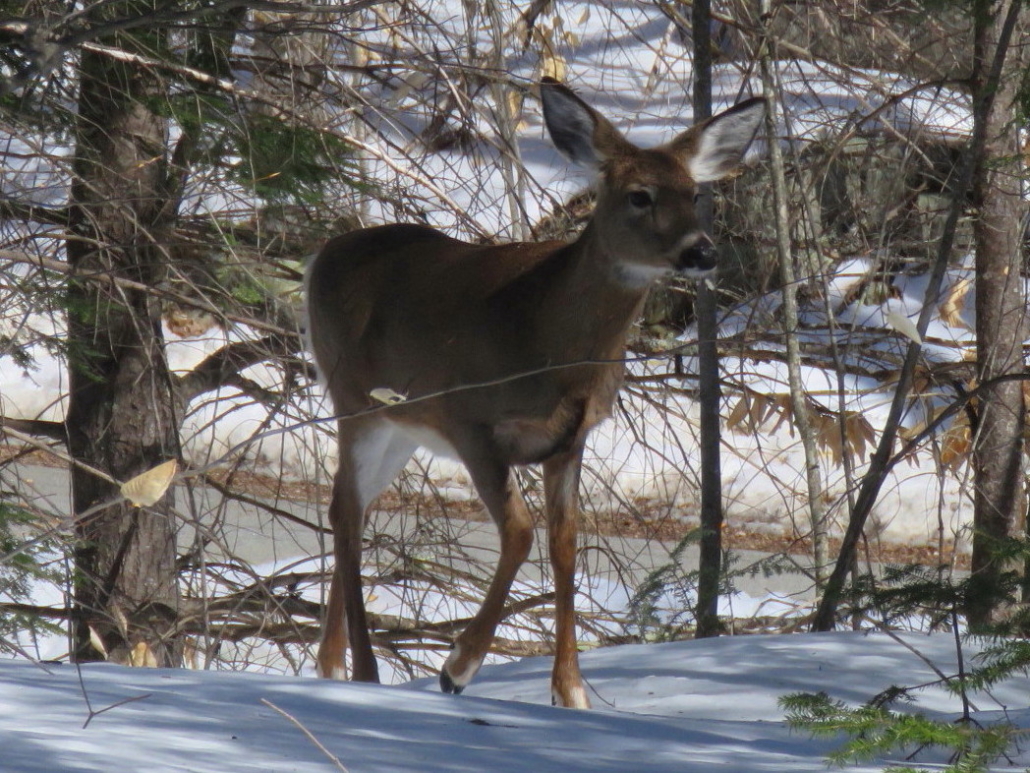 CHECKING THINGS OUT: Jayne Winters, of South China, snapped this deer in her backyard.