Plummer resigned this month after having volunteered in a variety of KHS positions over 16 years, including two terms as president. He and his wife, Joan, plan to move closer to his daughter’s family in Massachusetts. 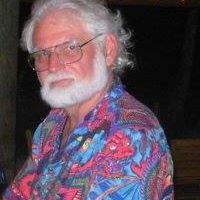 A native of Buffalo, New York, and a retired industrial chemist, Plummer has upgraded and maintained the KHS collections database, enabling catalogers to embed photographs and scanned images or original written documents into the record. The improvement in quality and quantity of society holdings has effectively opened KHS files to many more researchers seeking to learn more about some aspect of Kennebec County history.

Plummer became KHS vice president in 2007 and was elected to two-year terms as president in 2009 and in 2013. Under his leadership, the society pressed forward with efforts to retire the $190,000 mortgage on its present home, the Henry Weld Fuller Jr. house in Augusta, a goal that was achieved less than four years later. He also has been the society’s executive director and treasurer, and he recruited his wife to manage the society’s membership database, which she has done for several years.

He also spent much of his time assisting researchers and fostering cooperative relationships with other historical societies in the county. He clocked several hundred volunteer hours per year for the society’s benefit. As he winds up his years of service, he is training six volunteers to carry on his work of cataloging materials in the database.

For these achievements and others, the KHS Personnel Committee selected Plummer for the Hill award, which was established this year to honor society members who have initiated or organized landmark improvements in the society’s operation, reputation or contributions to the community. The award is named for W. Scott Hill, an Augusta physician who was one of the society’s co-founders and its first president.

The 560-member Kennebec Historical Society, a private, nonprofit organization, was founded in 1891. Its mission is to collect, preserve and make available to the public historical documents and illustrations that pertain to the history of Kennebec County and its 30 municipalities. The society hosts monthly historical lectures in a variety of locations in the county.