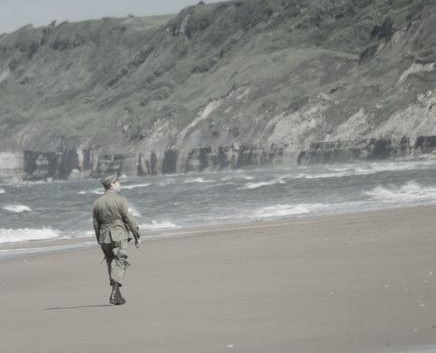 Hello and welcome to Maine Memories, little snippets of life from our home state.

For the first installment, we have a story that starts in a far-away country, across the Atlantic Ocean.

One day, a young soldier was on shore leave, and as he strolled along picturesque sidewalks and byways, he couldn’t help but notice a sign that read, “Puppies for sale.” Since he adored animals, especially dogs, this kind-hearted military man decided to pass some time just looking at the pups, no intention of buying one. After all, he was a soldier stationed on a nearby base, where animals were not allowed.

The sign pointed along a brick path, up to an old house. He rang the bell, heard it echoing inside, and soon, a man answered.
“Excuse me, sir. I was walking through your charming neighborhood and saw the sign. Could I possibly meet your puppies?” the soldier asked.

He was taken around to a small shed housing a large box. Inside were a mother dog and four pups. They were small, about the size of a cat. One was all black, the others had black coats spotted with white.

“I’ve changed my mind,” said the soldier, smitten by love at first sight. “I’d like to buy one.”

“Good for you. Take your pick!”

The soldier pointed to the black pup. “Him,” he said. “I can tell we’ll get along just fine.”

So, a great adventure began for both of them.

He named the dog Mr. Perkins. Why, I can’t explain. No one knew. But the name fit him perfectly, like a glove. As time passed, Mr. Perkins grew and grew and grew. Eventually, what had once been a tiny puppy now resembled a bear cub!

The soldier received his orders to return home, to a small radar base in Maine. It took a while, and a lot of paperwork, but he arranged for Mr. Perkins to accompany him. Another adventure awaited!

Mr. Perkins continued growing. The soldier once again relocated, but this time, Mr. Perkins was left behind because of regulations. That didn’t mean he was lonely. The town adopted him as their mascot, and he lived – and continues to live – a very happy and rewarding life.

Each morning, Mr. Perkins made his rounds to the local grocery store and the restaurant, where a variety of local cuisine awaited. He was now as large as a bear, and the local children would even take turns riding on his back! Mr. Perkins loved everyone, and everyone loved Mr. Perkins.

One day, he followed me home from downtown and decided to take a nap outside my front door. I didn’t realize he was there until I tried leaving the house. I pushed and pushed, but Mr. Perkins was just too heavy for me to move, and he wouldn’t move until he got good and ready. I had an idea. I went out the back way and around to where he was sound asleep against the door. One wave of a delicious treat in front of his nose, and that got him up and moving. Mr. Perkins never resisted a free meal!

Last I knew, Mr. Perkins was still the town’s mascot and still making his daily rounds to the grocery store and restaurant…but he’s also added the new local ice cream shop to his list. He’s a great big dog, definitely the largest I’ve ever seen. No one can resist his sweet personality. If it hadn’t been for that smitten soldier, we’d never have met such an amazing animal.