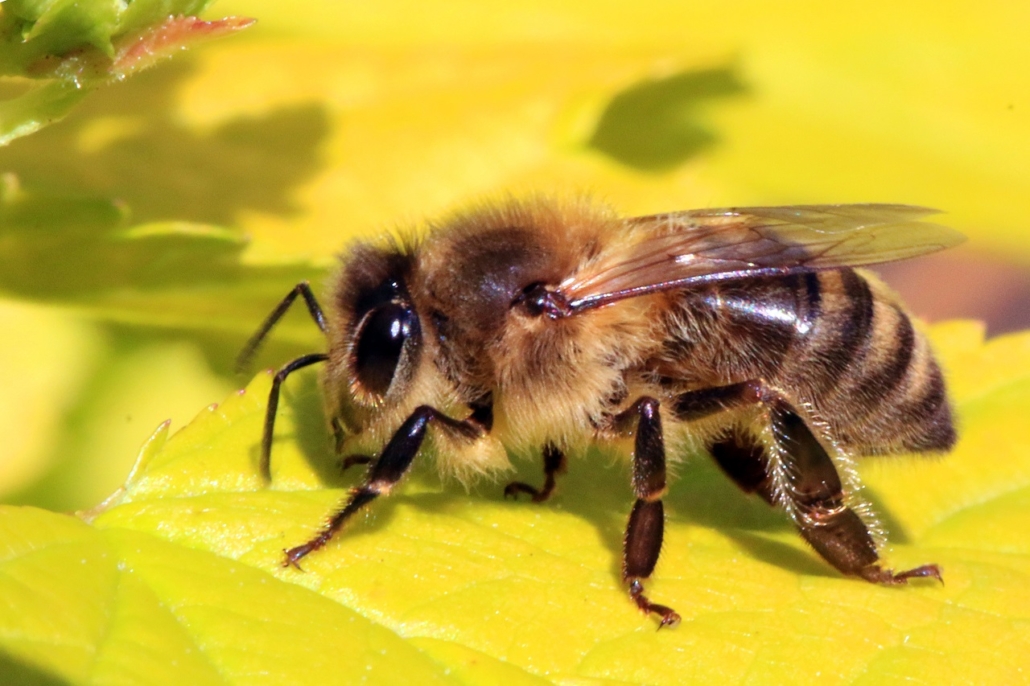 Here is something quite interesting. At least I think so.

Last Sunday, while I was talking with a neighbor, we were standing near one of my wife’s hummingbird feeders. She uses a mixture of sugar and water to lure, and watch, the hummingbirds. Well, as sometimes happens, bees take over the feeder.

While we were standing there, two bees decided to occupy the same feeding station. They got into a fight, actually looking as if they were wrestling, both falling to the ground. One of the bees then returned to the feeder. The other lay on the ground, with a very noticeable twitch to its hind end, seemingly unable to fly. It continued to do so for some time before succumbing to its injury. It never did regain flight.

My immediate question: do hornets sting other hornets?

Many years have been spent studying and working with different kinds of bees, and most bee keepers say they have never seen a bee sting another bee. But that doesn’t mean it doesn’t happen. There are many different kinds of bees and some live in groups with other bees. The most famous of the bees that live in big groups are honey bees.

Honey bees that live in the same hive are called nestmates because they share a nest. The queen bee lays all the eggs in the hive and has mostly daughters. So usually nestmates are sister-bees that get along very well. They cooperate to feed their little sisters and brothers, collect food, build and protect their nests from animals (or bees from other nests) that want to eat them or their honey.

Because sometimes honey bees steal nectar (the main ingredient for making honey) from other nests, some bees, called guard bees, stand at the door and sniff the bees that land there with their antennae. If the newly-landed bee smells like she belongs in the nest, the guard lets her nestmate in. If not, the guard will bite and sting the intruder bee, preventing the intruder from entering the nest.

In experiments where scientists investigate how bees tell whether a bee is their nestmate or not, bees sometimes fail to recognize their nestmates and end up accidentally stinging their sisters! They also sometimes let bees into the hive that are not their nestmates.

So yes, even when trying to defend their nests from intruders, bees sometimes accidentally sting their nestmate sisters, but only because they mistake their sisters for intruders.

I can’t say I blame them. I’m not sure I’d be so good at recognizing my sisters if I had thousands of them.

Outside their nest area hornets, on the other hand, have been known to be quite passive creatures. It has been noted by some researchers that hornets are shy, peaceful creatures. They tend to avoid conflict and only attack when they absolutely have to.

One beekeeper said, in their 30-plus years in the beekeeping industry, they have never seen a bee sting another bee, hornet or wasp. But on many occasions have seen a number of bees “ball” another bee or wasp. In these instances they aggressively wrestle with the intruder, biting and in the case of another bee pulling the body hair with their jaws until the intruder escapes or dies. That is what may have happened Sunday.

When a honey bee stings, it dies a gruesome death. The bee’s stinger is structured in such a way that once it punctures human skin, the bee can’t yank it out without self-amputating. As the honey bee tries to pull out the stinger, it ruptures its lower abdomen, leaving the stinger embedded, pulling out instead a string of digestive material, muscles, glands and a venom sac. What results is a gaping hole at the end of the abdomen.

It’s kind of like bleeding to death, except bees don’t have blood,, It’s fake, clear insect blood.”
The honeybee stinger is hollow and pointed, like a hypodermic needle. It contains two rows of lancets, or saw-toothed blades. These blades are barbed in shape, and face outward like a harpoon.

As a bee stings, the blades alternate, scissoring together into your flesh. It looks — and works — like a screw anchor, meaning that once in, the stinger can’t retract. Muscles connect the stinger to a venom sac, from which a cell-destroying toxin is pumped into the hole.

The scent of the venom released from the honey bee signals a threat to the hive. And weirdly, it smells like bananas. It is only the female honey bees, also known as the worker bees, that sting. Each hive contains some 60,000 worker bees, followed by a few hundred male drones and a single female queen bee.

Worker bees are like disposable soldiers for the colony: their sole function is to gather nectar, pollinate, and defend the base. They are all infertile females. The queen lays all eggs and the drones fertilize them.

The queen bee only stings when fighting for dominance against another queen, Winston said.

And while the hornet and the wasp are known for being more aggressive, honey bees are more docile, and typically only attack when threatened.

Although queen bees have never been stung, many times the workers will participate in “balling” a queen for no apparent reason. Perhaps they just don’t like some individuals.

Colony usurpation is when a summer swarm takes over an established colony by quickly invading it in a matter of minutes. While some of the hive bees and the usurpation bees fight, the crucial action is with the queens. Queen balling is where bees form a tight ball about the size of a walnut around a queen. Once a new queen has hatched, it is the duty of the worker bees to kill the existing queen through a process known as “balling”, in which they cluster around the queen bee, essentially suffocating her.

So, everything that we have learned so far about bees and hornets, it still doesn’t answer the question of why these two bees got into a “wrestling” match, with one killing the other, around a hummingbird feeding station. The only thing that comes to mind is, because summer is fading, the bees might come from different hives, and are fighting to bring back as many nutrients as possible to their respective hives.

True or False. After retiring from baseball pitcher Jim Lonborg, of the Boston Red Sox, became a used car salesman.