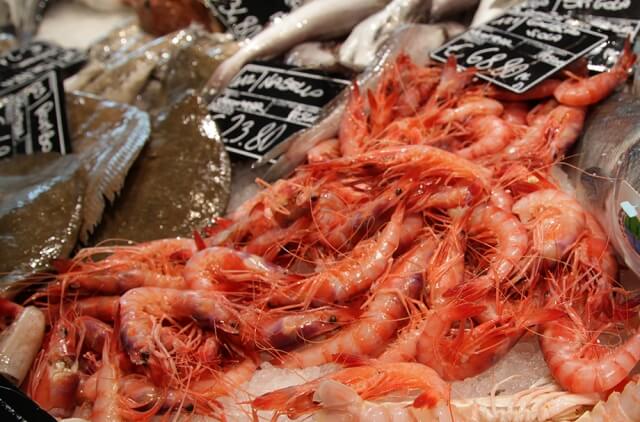 Where have all the shrimp gone? If you enjoy the sweet taste of Maine’s northern shrimp, the news is not good. Depending on to whom you talk.

The Atlantic States Marine Fisheries Commission closed the shrimp season in 2014, and it has not reopened since. On November 16, 2018, the commission voted to cancel the fishing seasons for Maine through 2021. Commissioners from New Hampshire and Massachusetts agreed. The commissioners pointed to concerns that continued fishing could drive the species into extinction.

In 2010, Maine fishermen landed more than 12 million pounds of the small shrimp, but besides a shortened 2013 season, shrimping has been completely shut down.

And the news has not gotten any better since then. Summer surveys conducted has indicated that shrimp in the Gulf of Maine have been at record lows for the past six years. Scientists have concluded that survival of younger shrimp to add to the population has been low to extremely poor for seven consecutive years. They also fear that the prospects of recovery are not promising.

Although they continue to get to the bottom of what is causing this shortage, biologists believe the warming waters in the Gulf of Maine are taking a toll on the shrimp, who are extremely sensitive to water temperature.

The Gulf of Maine is at the southern end of the shrimps’ region, and a recent survey by the Gulf of Maine Research Institute has determined that the gulf is warming at a faster rate than 99 percent of the world’s oceans.

The environment in the Gulf of Maine is in flux, with temperature rising over the past decade, and is predicted to continue to do so.

But some people disagree with the study’s results. Some fishermen have labeled the commission’s study as “just a bunch of scribbling.” Fishermen attending a meeting in Portland didn’t dispute the shortage of shrimp, but they questioned whether the study was thorough enough. Some spoke that the shrimp are there, you just have to know where to find them and have the right equipment to do the job.

One fisherman from Port Clyde told how he and five other fishermen had caught 1.2 million pounds of shrimp a few years ago, while another fisherman, who had not done shrimping before, and lacking in experience, gave up after catching only 200 pounds.

However, the following year, three fishermen selected to catch shrimp for research stopped the process due to not finding any shrimp.

Some officials fear that the low stock may never recover. The survival of young shrimp to add to the population has been extremely poor. They feel that the only thing that could help the shrimp numbers to increase is for the gulf to experience several very cold years. That would allow the shrimp to lay eggs and create a new generation of shrimp. A scenario not likely to happen.

The winter shrimping season has been really important to fishermen. Losing it creates a very serious economical impact. The fisheries have been a great part of their heritage that won’t be around for at least another three years, with a potential to last even longer.

Patrick Keliher, of the Maine Department of Marine Resources, questioned when the right time would be to resume shrimp fishing. He was skeptical that the stock that has been so impacted by environmental factors, no matter what is done, might not be able to be restored. He is in favor of allowing a small fishery to go forward while they continue to monitor the stock. Commissioners from New Hampshire and Massachusetts did not agree.

So, for the foreseeable future, the tiny, sweet Maine northern shrimp will not be available come March, the traditional time of year when the shrimp used to be sold in abundance. I remember buying the diminutive crustacean for myself and my father-in-law from roadside vendors selling the shrimp from the back of their trucks. They were plentiful – and relatively inexpensive – back then.

Bearing all of this in mind, it is a sobering reality that climate change is really having an economical impact on coastal fishing communities.

Which of the following Boston Red Sox players did not spend his whole career with the Red Sox: Dwight Evans, Rico Petrocelli, Jason Varitek?

If you could swallow a pill which allowed you to live forever, would you take it?