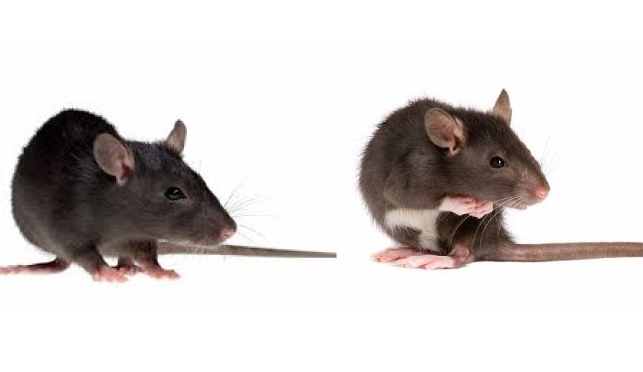 RATS! No, it’s not something you say when things don’t go your way. Instead, it describes, profoundly, what people think of this rodent that is perceived as a member of the underworld of the animal kingdom. They are scorned, feared and totally misunderstood. They are portrayed as evil and filthy little creatures that spread disease as they scamper through the sewers of major cities. Among unions, “rat” is a term for nonunion employers or breakers of union contracts.

Few animals elicit such strong and contradictory reactions as rats.

The Black Death is traditionally believed to have been caused by the micro-organism Yersinia pestis, carried by the tropical rat flea which preyed on black rats living in European cities during the epidemic outbreaks of the Middle Ages. These rats were used as transport hosts. Another disease linked to rats is the foot-and-mouth disease.

The reason I bring this up is because of something I saw last week. My wife showed a video to me on Facebook – I don’t do Facebook – showing this woman who had two pet rats she had trained to do some amazing things. That piqued my curiosity because I had heard rats are fairly intelligent.

The best known rat species are the black rat, which is considered to be one of the world’s worst invasive species, and the brown rat. Male rats are known as bucks, females are does, and infant rats are called kittens or pups. A group of rats is referred to as a “mischief.”

The woman on the video had her rats trained to bring her a tissue when she sneezed, respond to flashcard commands, and even come when called, just to name a few that I remember.

Those who keep rats as pets know them as highly intelligent and social animals who clean themselves regularly and thrive on regular interaction.

Specifically-bred rats have been kept as pets at least since the late 19th century. Pet rats are typically variants of the species brown rat, but black rats and giant pouched rats are also known to be kept. Pet rats behave differently from their wild counterparts depending on how many generations they have been kept as pets. The more generations, the more domesticated it will be. Pet rats do not pose any more of a health risk than pets such as dogs and cats. Tamed rats are generally friendly and can be taught to perform selected behaviors.

Because of evident displays of their ability to learn, rats were investigated early to see whether they exhibit general intelligence, as expressed by the definition of a g factor as observed in larger, more complex animals. Early studies around 1930 found evidence both for and against such a g factor in rats.

A 2011 controlled study found that rats are actively pro-social. They demonstrate apparent behavior to other rats in experiments, including freeing them from cages. When presented with readily available chocolate chips, test rats would first free the caged rat, and then share the food. All female rats displayed this behavior, while only 30 percent of males did not.

Rat meat has become a dietary staple in some cultures. Among others, I personally observed rats being consumed in Vietnam, Cambodia and Thailand.

Back to the pet rat. While most people cringe at the thought of having a rat for a pet, believe it or not, domestic rats make great pets. They are not aggressive, diseased and dirty animals, but in fact are very clean, fun-loving, sensitive, very social and affectionate. They genuinely enjoy interacting with people and should be handled daily. Rats are very intelligent and can be taught simple tricks, and will often learn their names. They can be litter box trained.

Whatever you do, don’t go down to the river to select a pet rat, but rather visit your local pet shop. When choosing your rat, choose one that does not appear skittish or does not squeal when picked up. Males tend to be calmer than females. Males usually enjoy being held for longer periods of time, especially when they get older.

If you get a pet rat, it is best if they are kept indoors rather than in a shed or garage, where they would get less attention. As mentioned before, rats are extremely clean animals and will constantly groom themselves – similar to cats. If you have more than one rat, they will groom each other.

So, now that we have seen a lighter side of rats, doesn’t it make you want to run right out to get one?

Who won the Super Bowl the last time it was held in Atlanta, Georgia?

FOR YOUR HEALTH: Long-Distance Care-giving The goat farmer who grabs life by the horns
Scroll to top