An 1837 wood etching of the railroad bridge crossing the Kennebec River. The bridge sat on granite pillars.

“Augusta has been abundantly supplied…with the best of granite, easily quarried, and of convenient access,” Augusta historian James North wrote. He expressed surprise that the resource was not developed earlier; not only did the workers on the 1797 Kennebec bridge and the 1808 jail use boulders instead, but, he wrote, three gentlemen who built houses in the first decade of the 1800s brought granite for the foundations from the Boston area, “at great expense.”

One entrepreneur used Augusta granite beginning in 1825. However, North said when the State House was built in 1832 the granite came from Hallowell, in blocks “twenty-one feet long and nearly four feet square.”

The Augusta and New York Granite Company planned to exploit the “Hamlen ledge,” about two miles out Western Avenue from the Kennebec. The Augusta and Philadelphia Granite Company focused on the “Ballard ledge,” about a mile and a half out Northern Avenue from the west end of the Kennebec bridge. The Augusta Blue Ledge Company bought “Hall’s ledge” across the river, about two and a half miles from the east end of the bridge via the North Belfast Road (today’s Routes 202 and 3).

There were also the “Thwing ledge” and the “Rowell ledge,” which North wrote were “a continuation of the Ballard ledge” that “cropped out of the neighboring hills.”

Kingsbury added later granite companies just outside Augusta, the Hallowell Granite Company (1871) and the Hallowell Granite Works (1885). Both were organized and led by Joseph Robinson Bodwell (June 18, 1818 – Dec. 15, 1887) of Hallowell, who was elected governor of Maine in 1887 and died during his first year in office.

Hallowell granite was famous for its high quality – “white, free working and soft, and can be almost as delicately chiselled as marble,” Kingsbury wrote.

In 1884, Kingsbury wrote, Joseph Archie started the Central Granite Company, in Manchester, whence came the granite for the 1891-92 “extension of the state house.”

Other central Kennebec Valley towns had deposits of granite, slate and probably other useful forms of stone, though mention in local histories is scant. Kingsbury said granite was the type of stone underlying farmland in towns as far apart as Albion and Windsor, but he did not write about quarries.

In Vassalboro, Alma Pierce Robbins wrote, the 1850 census had a summary paragraph on the town’s amenities, including pure water, timber, natural fertilizer (“swamp muck hauled into yards in summer and in one year it proves about equal to stable manure”) and “rocks, granite and slate.”

Sidney also had slate deposits that were worked, Robbins said. She quoted a source saying that in 1837, Sidney slate cost $8 a ton, versus $27 a ton for slate imported from England. 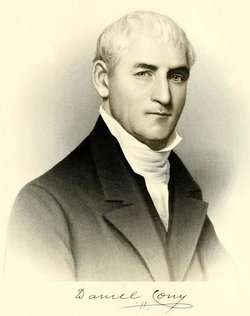 The initial project cost was $15,000, he wrote; local people contributed, but could not have started without help from Massachusetts-based landholders and others, including a man named Leonard Jarvis, “owner of lands beyond the Penobscot.” 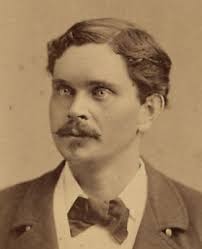 An architect North called Captain Boynton designed the bridge. Work started on May 5, 1797, only two months after Augusta separated from Hallowell. The wooden foundation, forty feet square, supported on its timber floor the bridge pier, described as “stone walls [North said “granite” in the next sentence] nine feet thick, forming on the inside an oval or egg-shaped opening.”

This stage of construction was finished Sept. 9, 1797, and followed by a public celebration. Next, the abutments were built, also of stone, and then the superstructure. North observed that, “The granite used for the masonry was obtained from boulders, the stratified granite so abundantly quarried at the present day being them unknown.”

The whole “very graceful and elegant” bridge was finished Nov. 21, and there was another celebration, a dinner shared by the incorporators, the workmen and residents. Citing midwife Martha Ballard’s diary, North wrote that “Cannon were fired responsive to toasts given, and David Wall, James Savage and Asa Fletcher who were managing the gun were injured by some of the cartridges taking fire.”

The bridge was a covered bridge, as were almost all 19th-century bridges crossing the Kennebec. In his Kennebec Yesterdays, Ernest Marriner explained that covering was “to protect the timbers from weather,” so they wouldn’t rot so fast.

North wrote that the final cost of the bridge was $27,000. The stockholders paid off the debt with income from tolls; not until eight years later did they get their first dividend.

Because the 1797 Augusta bridge was the first bridge across the Kennebec (and “the greatest enterprise of the kind yet undertaken in the District of Maine”), nearby towns on both sides of the river laid out roads to lead to it, promoting Augusta’s growth.

This bridge collapsed, noisily but without killing anyone, the afternoon of Sunday, June 23, 1816. North wrote that a ferry, pulled on a rope, ran back and forth until a new bridge opened two years later.

The new bridge, opened in August 1818, served until it burned in 1827. North, amply quoting from a source he did not list, gave one of his more dramatic descriptions.

The fire started a little after 11 p.m., Monday, April 2, he said. First seen “bursting through the roof,” soon “the flames were fanned into the wildest fury, and with a ‘tremendous roaring,’ in a dense and waving mass high above the water, spanned the river from shore to shore, capped by rolling clouds of black smoke.”

After the flammable covering over the bridge burned away, “a magnificent spectacle appeared of a bridge with a framework of fire,” each piece of the structure outlined in flames. The debris fell into the Kennebec, in two pieces, and floated downriver, still burning.

North wrote that the tollkeeper’s wife was badly burned as she tried to run away. Stores on both banks of the river were damaged; residents on the east bank, including “ladies who worked with great coolness and energy” passing buckets of water up from the river, saved two stores there.

Hallowell sent two fire engines, but “owing to the bad state of the roads” the worst was over by the time they arrived. North estimated losses at $16,000, with almost nothing insured.

Arson was first suspected, because a man had been seen “lurking around the bridge” shortly before the fire. The final consensus was the cause was accidental, “probably from a lighted cigar thrown upon the flooring.”

Reconstruction began promptly, supervised by Ephraim Ballard, Martha Ballard’s husband. North wrote that the first people on foot crossed the successor bridge on Aug. 3 and the first carriages on Aug. 18, 138 days after the fire. The 1827 bridge was still in use in 1870.

This Kennebec bridge was a toll bridge, bringing income to its owners but annoying residents. The first attempt at a free river crossing was a legislative act March 23, 1838, authorizing a group of citizens (one was named James Bridge) to build another bridge within 10 rods north of the Kennebec Bridge and to buy the Kennebec Bridge. The group failed to raise enough money.

Voters at the 1847 town meeting appointed a committee of town officials to ask the Kennebec Bridge owners about renting or buying the bridge and to get a cost estimate for free ferry service from the town landing. Talks failed, as did renewed discussion the next year, and a seasonal subscription-supported ferry “was too expensive to be long continued.”

New bridges at Gardiner and then Hallowell kept discussion going, and on April 15, 1857, the legislature approved a charter for the Augusta Free Bridge Company. It was authorized to try to buy the Kennebec Bridge and, if no agreement could be reached, to build a new bridge.

Company stockholders could use the new bridge for free; the first plan was that everyone else would pay tolls until the cost of the new bridge was recouped and a $15,000 maintenance fund built up. North summarized a great deal more discussion, with Augusta city officials getting involved. With municipal financial backing, on July 1, 1867, the bridge across the Kennebec at Augusta became a free bridge.

An unusual resource found in some Kennebec Valley towns was bog ore or bog iron, a naturally occurring material that can be transformed into useable iron.

Wikipedia calls bog iron “a form of impure iron deposit that develops in bogs or swamps by the chemical or biochemical oxidation of iron.” The iron is unearthed by groundwater, oxidized in the atmosphere and carried into the swamp; “bog ores consist primarily of iron oxyhydroxides, commonly goethite (FeO(OH)).”

Bog iron can be purified without melting it, Wikipedia says, and humans have been using it since pre-Roman times. Vikings are mentioned as major users, and the article says the presence of bog iron seems to have been one factor that influenced Vikings’ choice of settlements in North America. Bog iron was turned into iron ore at the well-known Viking site at L’Anse aux Meadows, in Newfoundland.

Later European settlers developed the resource extensively in Virginia, beginning in 1608; Massachusetts, from the 1630s; and New Jersey before the Revolution – Wikipedia says New Jersey made bog-iron cannonballs for the American army.

Again, local histories are not filled with information on bog iron. Two sources, however, document two different workings in Clinton.

The earlier of the two was “at the mouth of the fifteen mile stream, on the Kennebec,” according to North. He wrote that because the 1807 embargo cut off iron imports, by 1808 Jonathan B. Cobb was making iron from bog ore at his forge there. North mentioned it in his Augusta history because Cobb advertised in the Feb. 16, 1808, Kennebec Gazette offering bar iron, mill cranks and plough and crowbar moulds.

Kingsbury wrote that sometime before 1824 a Mr. Peavy set up a forge near Carrabassett Stream, which flows into the Kennebec at Pishon’s Ferry, opposite Hinckley, in Fairfield. There he “made iron out of bog ore obtained on the spot.” The forge was closed by 1826, Kingsbury wrote, but its remains could still be seen in 1892.