Back in my early classical record collecting days during the ’63-’64 years, a peak listening experience was the 9th Symphony, better known as “From the New World;” followed within three years, as I could afford the records on my dollar a week budget, by the uniquely sweet goose-bumpish beauties of Symphonies 8, 7, and 6 and the Cello Concerto. My records of these were pretty torn up, mainly from the tone arm of my 32 dollar RCA Victor manually operated three- speed player. But, even with such crude reproduction, this music stood the test of time and still does with much better home reproduction and a variety of different recordings of each piece.

The above set features Symphonies 4, 5, and 6, via recordings leased from the Decca/London label of the late, exceptionally gifted conductor, Istvan Kertesz (1929-1973), one Maestro from whom I have not heard a single record that was never less than very good. During the spring of 1973, he was appointed music director of both the Cologne, Germany, Orchestra and Opera, the kind of challenge that Kertesz relished and, in the opinion of many, would have made a very good fit. Unfortunately, within two or three weeks while on a much-needed vacation to Israel with his wife and two children, he was caught by an undertow while swimming in the Red Sea.

The three symphonies and companion overtures are, in typical Dvorak style, a feast of dramatic excitement and charming melody, and performed in a superb manner. A highly recommended trio of LPs ! 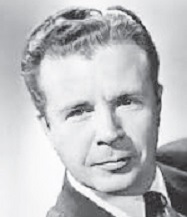 Dick Powell (1904-1963) portrays, with commendable presence, Rocky Mulloy, a man freshly released from prison after serving five years of a life term for a robbery and murder he didn’t commit and then exonerated by a man who comes forward suddenly with a much-needed alibi for Mulloy’s whereabouts the day of the crime. The justly popular, alluring siren of fifties melodrama, Rhonda Fleming (1923-), is Nancy Morgan, Mulloy’s ex-girlfriend and now wife of his good friend Danny, who is still imprisoned unjustly for the same crime. Regis Toomey (1898-1991) weighs in as Lt. Gus Cobb, an investigator who’s still convinced Mulloy is not only guilty but knows where the unrecovered loot is; but he is also fair with people under investigation and keeps an open mind, just the type of role Toomey did so well in The Big Sleep with Humphrey Bogart.

Finally, William Conrad (1920-1994), best known as a radio actor, a narrator, a director of numerous episodes for various TV shows and star of the ‘70s hit series, Cannon, is Louis Castro – a bookie, another suspect for Mulloy’s crimes yet untouchable, and a leader of his own formidable gang, a character he deploys with commendable professionalism. 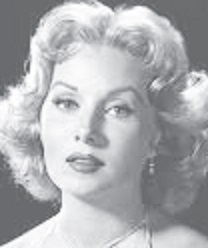 The story has its share of false leads, double crosses and violence but the events contribute to a pretty decent climax as Mulloy’s life is finally relieved of one bad monkey on his back. And 1951 Los Angeles is revealed in all of its pulsating ambiance – the train station and tunnel; the sleazy and semi-sleazy bars; a quaint yet sinister trailer park with year-round balmy weather; the majestic thoroughfares glutted with now-vintage automobiles, trucks and city buses; and the old hotel/apartment buildings with tobacco shops and newsstands. One solid 79 minute piece of newly-remastered black and white entertainment in its DVD incarnation.