How I started collecting records

My first experience of Mozart came with the beautiful set of his 40th Symphony, three Columbia 78s recorded in 1937, that were given to me in seventh grade – I remember to this day the captivating, rolling rhythms of the opening movement. The conductor, Sir Thomas Beecham (1879-1961), had a knack, at his best, for making music heavenly sounding and he had a greater number of recordings than any other conductor, during the ‘30s and ‘40s, that were first class in both performance and sound.

Beecham was also quite the wit. A colleague of his, who remembered the conductor dismissing the composer, Brahms, as boring during his youth, noticed years later that Beecham conducted Brahms very well and asked if the latter had changed his mind: “No, Brahms still bores me but he bores me less. ” 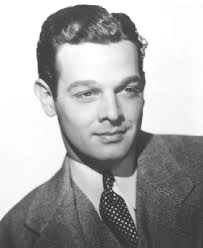 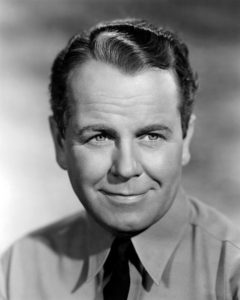 Dark Mountain deals with a newly promoted forest ranger, Don, who patrols the Dark Mountain region in an unnamed western state. At his boss’s insistence, he takes a long overdue vacation to visit his girlfriend, Kay, with a marriage proposal. However, because Don has been away for months, Kay has married Steve, a very successful businessman and exceptionally considerate husband to Kay.

Don returns early to his job, discouraged; meanwhile Kay finds out hubby Steve is a murderous racketeer and escapes to the mountain to hide, with Don’s help. Steve tracks her and the suspense accelerates. A high speed chase in a car loaded with explosives leads to Steve’s fiery death and a happily ever after for the predictably reunited lovers. 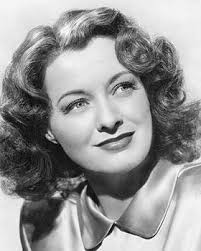 Although the story was ho-hum, I enjoyed certain aspects of this B film – the black and white footage of a forest fire at the beginning, with its quite convincing authenticity; and the classy acting and presence of Robert Lowery (1913-1971) as Ranger Don and the skillful sustaining of charm and menace from longtime character actor, Regis Toomey (1898-1991), fresh from his work in the classic Bogie film, The Big Sleep.

Lowery was later a fixture of ‘50s TV. In fact, I have a still vivid childhood memory of him as a friend of Clark Kent in a 1956 episode of Superman, ‘The Deadly Rock’, in which he too has a dangerous vulnerability to Kryptonite.

Ludwig van B’s 3rd Symphony was such an assertive, heroic, rhythmically-aggressive 45 minutes of glorious, at times noble and sublime music, needing a larger orchestra than the Symphonies 1 and 2 and it has received a fine performance from the late Maestro Kosler and his musicians, one of a very large number of quality recordings, of which I own and cherish dozens of them. It often stimulates the best efforts of players because of its monumental grandeur. And this performance is very cheap when available.

A little quibble. There is no information on the music and, while Kosler’s name is listed in two of the three spots ID’ing the conductor, another gifted maestro, Libor Pesek, has his in the third space. Personally, I believe Kosler is the right name due to its frequency of listing and the driving intensity of the performance while Pesek has a more lyrical poetic approach when he conducts. But I will not be dogmatic here!