This group of five who doubled as both singers and instrumentalists – saxophone, accordion, guitar, bass and drums – waxed a few singles that went nowhere until they released Wishing on the Amp – 3 label. When it started getting airplay, Mercury bought distribution rights upon which the record hit the top 20. After a few more releases, the group disappeared from public view.

I  love and own quite a batch of early rock disks but don’t particularly like this one. Wishing was played way too much during my formative and very impressionable years between five and 13. 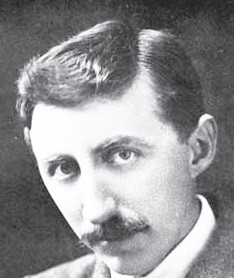 E.M. Forster (1879-1973) was an English novelist and essayist. I have  read only two of his six novels,  Where Angels Fear to Tread and Howard’s End, the latter at least three times. What I have found  most engaging about them is his sharp powers of observation, his ear for  revealing dialog and his understated humor. However, because I am very distractible, I still have not gotten to the other four novels and am probably the worse for this lack.

Even though Marianne Thornton is a memoir of a great aunt (1797-1887), she comes to life through her nephew’s talent at scouring musty family letters, journals and other such yellowed documents,  deploying the above – noted narrative gifts and re-creating the private life lived below the radar in all its vibrant, nurturing glory. She is presented as daughter, sister, aunt and great aunt in four skillfully organized units. The people, surroundings, domestic events and conversations, and finally private thoughts are seamlessly woven. This book demands focused, thoughtful attention but is proving to be one life-enhancing reading experience.

An exquisite LP in the pop realm.

Now 75, Esther Ofarim still projects a song with extraordinary conviction, beauty and articulation. Her listings on Amazon are in the dozens, along with YouTubes free for the hearing and sharing – good news for those who are both curious and thrifty.

I first became enamored of her in 1970 during my sophomore year, when I bought a few LPs for 33 cents each at the now long defunct Arlan’s department  store, in Portland, a mecca in its own way for LP collectors trolling for cheap, but interesting vinyl among the piles of trash. (Waterville had Center’s, Woolworth’s, Marden’s in its very early ‘70s days, and McLellan’s.)

Anyways, one of the LPs was Cinderella Rockefeller featuring Esther and her ex-husband, Abi, in a collection of miscellaneous selections of an eclectic nature, ranging from That Long Lonesome Road to the title song, itself penned by the illustrious Mason Williams of Classical Gas fame. Esther was the main attraction with the qualities mentioned above in plentiful supply. Even then, she couldn’t have made a bad record if her life depended on it. 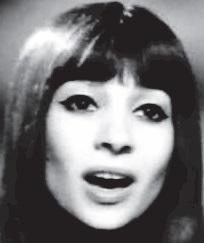 In 1974, while working in a Boston record store, I received my copy of Esther Ofarim as a free promo and found out that she had developed a solo act since her divorce. This  was one of two or three LPs she had released in as many years;  it also had poor distribution, as did her other recordings, and my copy is the only one I have seen in the last 42 years.

Her program of 10 selections includes Leonard Cohen’s Suzanne and Hey, That’s No Way to Say Goodbye, Morning Has Broken, and El Condor Pasa, all given the best renditions I have ever heard, but my favorites are Song of the French Partisan, Jerusalem and the heart-rendingly moving You’re Always Looking for the Rainbow, which is for me without question one of the five most beautiful songs I have ever heard. The album’s producer Bob Johnston wrote and arranged it, utilizing the full orchestra to wonderful effect. It can also be heard on YouTube and has stirred many positive responses.

An Amazon vendor has one copy listed for $15.

Movie of the Month in Palermo I’m Just Curious: My little sister
Scroll to top