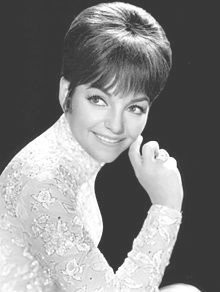 A June 11,1953, seven-inch RCA Victor 45 record – 47 5368 – features June Valli (1928-1993) singing Cryin’ In the Chapel, which reached #4 on the Billboard charts. Artie Glenn wrote the song for his son Darrell, who recorded it a few months before Valli and had success. Numerous other singers would cover it .

Elvis Presley’s own version sold a million copies after RCA released it in 1965 without his permission, five years after he recorded it; supposedly he didn’t like the results and wanted it tossed. 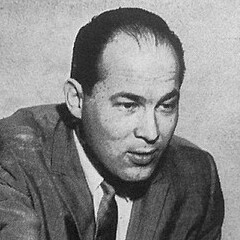 Back to June Valli who gave a warm-hearted rendition with the very gifted arranger/conductor Joe Reisman (1924-1987) who led the orchestra and chorus. Side 2 was the mediocre Love Every Day You Live.

Valli came from the Bronx. After singing Stormy Weather at a friend’s wedding, she was invited to appear on Arthur Godfrey’s Talent Scouts, where she won first prize, and on the Perry Como and Ed Sullivan Shows. She co-hosted an NBC summer replacement variety show with Andy Williams in 1957, toured with Fats Domino and Mel Torme and was the invisible singer for Chiquita Banana commercials.

Reisman died of a heart attack in Los Angeles on September 15, 1987, one day before his 63rd birthday.

He recorded a very good easy listening album in 1957 for RCA entitled Door of Dreams. In much later years, he even produced sessions for the Grateful Dead.

“The thaw lasted eight days. Somebody saw a robin. He didn’t get any vote of thanks from his neighbors. A body could see his dead grandmother in such fog as there was. The graybeards by the barrel stove in Ephraim Doughty’s grocery store at Bowdoin Center shivered in their shoes. Ephraim had said earlier in the evening, as he looked out at the weather glumly, “Open winter, fat graveyards.” Active Frost cheated at checkers and got caught. Wash Alexander drank up all his wife’s Peruna.

“The only consolation in Kennebec county was the newspaper. It said it was raining all up and down the Hudson, from Saratoga to Staten Island.”