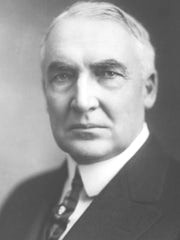 During this political season, I was re-reading the rambunctious Baltimore Sun correspondent H.L. Mencken (1880-1956) on one of our great former occupants of the White House ­– the, for me, ever-fascinating Warren Gamaliel Harding (1865-1923) whose administration was beset by challenges of a unique nature, in particular the Teapot Dome scandal. Books such as the late Francis Russell’s biography, The Shadow of Blooming Grove, abound in pro and con details, while historian Paul Johnson’s Modern Times makes a convincing case for Harding as an underrated president.

Anyways, Mencken comments that Warren G. “takes first place in my Valhalla of literati. That is to say, he writes the worst English I have ever encountered.”

The essayist continues developing his main idea in the next paragraph:

“More scientifically, what is the matter with it? Why does it seem so flabby, so banal, so confused and childish, so stupidly at war with sense? ….That answer is very simple. When Dr. Harding prepares a speech, he does not think of it in terms of an educated reader locked up in jail, but in terms of a great horde of stoneheads gathered around a stand. More, it is a stump speech addressed to the sort of audience that the speaker has been used to all of his life, to wit, an audience of small-town yokels, of low political serfs, or morons scarcely able to understand a word of more than two syllables, and wholly unable to pursue a logical idea for more than two centimeters.”

Mencken did interview Harding and his wife, Florence (1860-1924), who was known as the Duchess; he wrote that Harding exuded charismatic charm and that the Duchess was a very handsome woman.

A worthwhile quote of wisdom from Harding’s inaugural speech – “Our most dangerous tendency is to expect too much from the government and at the same time do too little for it.”

A highly recommended viewing experience is the five seasons of HBO’s series The Wire which ran from 2002 to 2008. It takes place in H.L. Mencken’s home town of Baltimore, Maryland, and deals with the tribulations and small victories in the drug war, the city’s shipyard docks, City Hall, the schools and the Baltimore Sun newspaper’s working conditions. 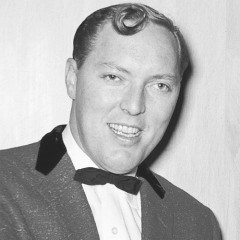 Bill Haley and the Comets

These two early examples of rock music were recorded two years before Bill Haley (1925-1981) hit success with the 1954 Rock Around the Clock and are similarly rocking good examples of rock and roll during the Eisenhower years. Later after Haley moved to Decca records, he unsuccessfully sued Essex for unpaid royalties.