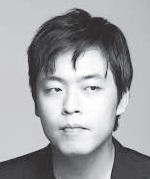 I have lost track of how many recordings I own of both of these Beethoven masterpieces – ones that continue to hold my interest through great, good and bad performances I have heard during the more than 50 years since I first made their acquaintance as a kid. This CD features two very gifted South Koreans applying themselves to the stringent challenge of plumbing for further meaning still – and succeeding wonderfully. The Emperor has the grandeur, elegance, biting drive and sheer beauty but most importantly, the sense of love for every note and the ability to communicate that love to listeners from every man and woman involved in the session. The Fifth has a very special muscle-driven momentum and power communicating its very core. YouTube has a video of two or three different Fifths conducted by Chung, this one among them; it also contains one giving a partial view of the recording of the Emperor Concerto.

Count Basie’s band was in really peak form when they recorded this late ‘30s pair. Both are swing numbers and demonstrate the technical and musical virtuosity of every player, each of whom was of the highest calibre, and the soulful bluesy eloquence of Jimmy Rushing’s singing. In fact, I do not know of any bad record with Basie’s name. This can be heard on YouTube.

This is a four-movement symphony with the viola accompanying the rest of the orchestra. It is a beauty with four very musically alive movements, based on Byron’s poem, Childe Harold, but only lightly. The subject is a dreamy traveler drifting around Italy. The scenes include mountain travel, the pilgrims’s procession as they sing an evening hymn, a mountaineer serenading his lady and a gathering of drunken bandits.

Beecham’s performance is a classic but one among several other good performances, many of which, including Beecham’s, can be heard on YouTube!