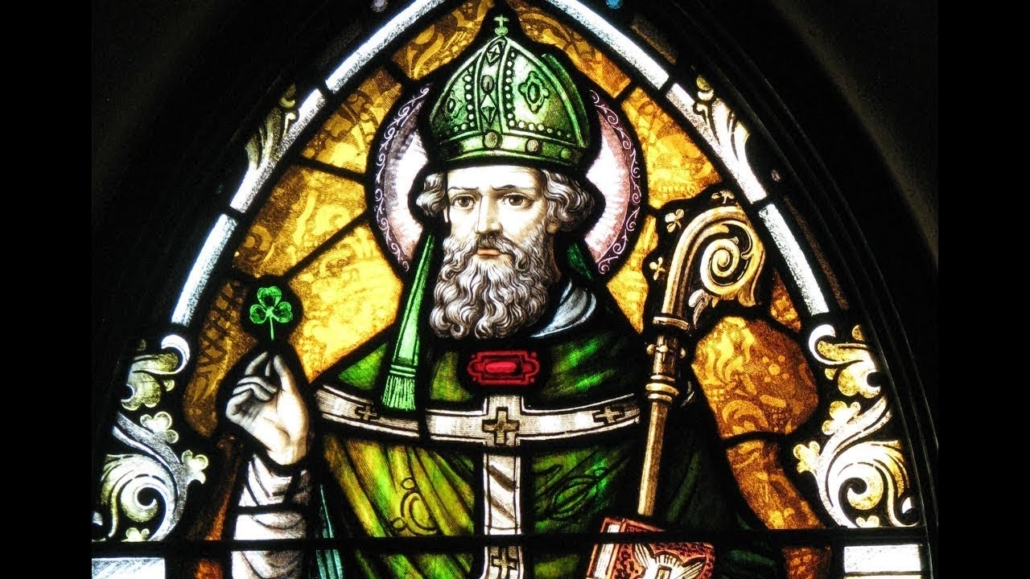 The humble beginnings of Saint Patrick were actually not as humble as some would have us believe, and was actually quite colorful and full of drama. While I was researching the person, I couldn’t help but imagine that what we do and do not know for sure is stuff from which movies are made. St. Patrick’s family was considered wealthy. Historical writers show much confusion and inconsistency in their research of St. Patrick.

It is believed that our saint was born sometime in the late fourth century. We do have fact-based material that shows him doing missionary work in the early fifth century, in Ireland. Of all of the Saints I have looked at, St. Patrick’s life has more ambiguity than any other. There are so many voids. His name at birth was Maewyn Succot. It seems I have a lot more Irish in me than our Saint could compare. That’s a bad example as I am almost totally Irish. St. Patrick’s parents were citizens of Rome living in Britain where St. Patrick was born. There is even some ambiguity over his parent’s nationalities. It seems pretty conclusive that St. Patrick’s father was Italian but there is some evidence that his mother came from France. So, if this is all true that would make St. Patrick and his sister, Darerca, British citizens, of Italian-French decent having been born in Great Britain. Also, you might find it interesting to know that Darerca also became a saint. So, if this is all true, we have two saints that we have believed were Irish who were in all probability part Italian and part French. There was also a child born from Darerca which became a saint bestowed by St. Patrick. This all sounds very strange and even researchers disagree with bits and pieces including the spelling of St. Patrick’s last name (Succot or Sukkot). There may have been another female sibling who mothered the child mentioned, not Darerca. 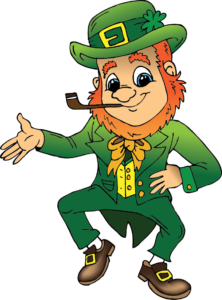 The religious pathway is believable as St. Patrick’s father was a clergyman and his grandfather was a priest. Because St. Patrick’s adult life began at age 16, his educational life was not really exceptional. We know he spoke the British language and it is reported he eventually was able to speak Gaelic. Beyond that we have no knowledge. He could have acquired his father’s and/or his mother’s native tongue but we have nothing that tells us this. Also, at this point in time in Ireland, the Isles, you had the Gauls, Celts and several other tribal entities speaking different languages. Not having an extended education most likely made it a little difficult for Saint Patrick. Somehow he was able to communicate.

It was a violent time in the British Isles during these times and wide open for God. Christianity was a hard sell but it came to pass because of the St. Patrick’s of the time. Saint Patrick became Ireland’s patron saint. Saint Patrick didn’t leave much behind in writing for us to fill in the gaps. A couple of things you could research are the Confession which is a spiritual autobiography and his letter to Coroticus, a letter denouncing the British mistreatment of Irish Christians. As we know, this lasted for centuries and to this day still has left a bad taste in the mouths of many of Irish and Irish/English blood. We have a North and South Ireland today. Religious and territorial possessions were the key players here.

American immigrants were largely responsible for the secular transformation of St. Patrick’s Day and its being disregarded as religious. (Secular transformation to all things Irish). Boston was first; it held its Saint Patrick’s Day parade in 1737; next came New York City in 1762. The color blue was the original color of St. Patrick’s Day. That changed with Chicago dying its river green in 1962. I actually remember that. That color stuck to this day. St. Patrick was responsible for the “three leaf clover,” which became Ireland’s national flower. As explained to me, the clover usually has three leafs and the stalk as its foundation. Eventually, someone discovered that there was an occasional four leaf clover and dubbed it a lucky clover. This erased the religion from the original clover (Trinity). Luck and religion are not compatible.

There are so many versions of St. Patrick’s Day and the addendums that are attached. It is fun reading and researching all the different possibilities surrounding this saintly family as well. Enough has been either lost or not documented to allow this saint and holiday to be a part of a great mystery. Well, there are some things that I know, such as Saint Patrick’s Day involves eating, some of my favorite foods such as corned beef with cabbage, potatoes, carrots and boiled onions. It’s also Irish and smeared with Boston.

Saint Patrick and some of his companions would have starved to death on one of his adventures had it not been for a bunch of wild pigs crossing their path. So, I will assume that ham came into the picture from that occurrence. We also have a finishing touch of bread pudding with cow’s cream, very popular in this beautiful country. Of course, most of us don’t make those sorts of things anymore. I still do a little. I guess you just have to be old to appreciate those things.

So, in conclusion, I will mention that St. Patrick was given credit for driving all the snakes out of Ireland. There really are none there. He brought light to the three-leaf clover and its relationship to the Trinity. He receives the credit for bringing Christianity to Ireland and taught and appointed many clergy. He also gets notable credit for separating the men and ladies (Priest / Nuns).

Well, my friends and neighbors, I would like to wish you all a very happy St. Patrick’s Day, and I know that those of us that write for your enjoyment here at The Town Line wish you and yours a wonderful Saint Patrick Day.