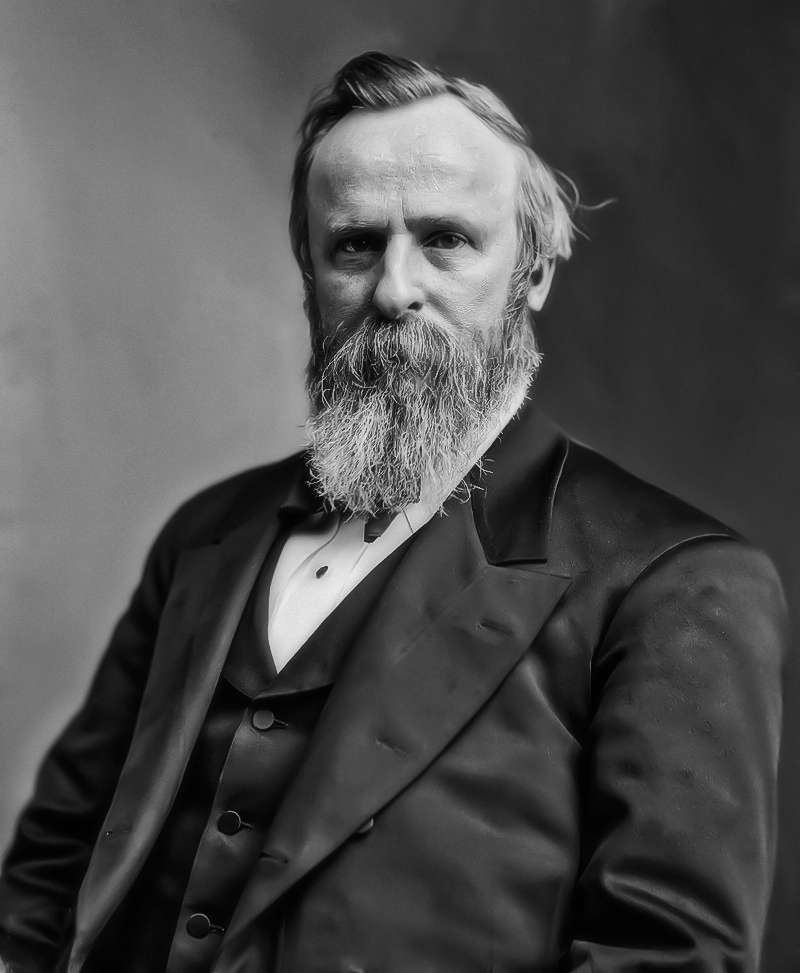 Former 19th President Rutherford Birchard Hayes (1822-1893) wrote at the age of 19 of his determination “to use what means I have to acquire a character distinguished for energy, firmness and perseverence.”

Through a career that included Brigadier General during the Civil War, U.S. Congressman and Governor of Ohio, Hayes acquired a reputation for courage (Hayes was wounded five times during the Civil War and maintained the respect of his men), honesty, fiscal conservatism and social reform, as well as “energy, firmness and perseverence.”

Among his accomplishments while governor, he pushed for voter registration, battled election fraud, reformed the civil service, got improvements in prisons and mental hospitals, and troubleshooted the founding of Ohio State University.

Although a Republican, he consistently stood apart from partisanship and for what was right.

During the 1876 Republican primary, Hayes and Maine’s James G. Blaine were the leading contenders but Blaine’s hopes and popularity were tainted by yet another of the scandals that much too frequently reared their ugly heads during his political tenure. Therefore, some of the smarter party regulars saw the impeccably honest Hayes as their best hope and he won, in a close convention battle among the delegates meeting in Cincinnati.

The presidential race itself was arguably the closest one in history between Hayes and the Democrat, New York Governor Samuel J. Tilden, who also had accomplished reforms in his home state – a major one smashing the corrupt political gang of Boss Tweed at Tammany Hall.

The issues involved in Hayes defeating Tilden by just one hotly contested vote are much too detailed to go into at length but one of them was the ending of Reconstruction in the South.

While in office for just one term, Hayes’s other major accomplishment was civil service reform in which all federal government employees were prohibited from taking part in political organizations. 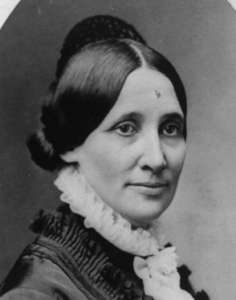 Hayes married Lucy Ware Webb (1831-1889) in 1852 who became the first First Lady to be a college graduate. She was also a member of the Women’s Temp­erance Society and thus referred to as “Lem­onade Lucy” because she banned alcohol from the White House (In reality, it was her husband who banned alcohol but she gladly shouldered the blame.).

She was also, according to others, one of the kindest, sweetest human beings who ever lived and was the first First Lady to invite an African-American musician to perform at the White House.
The couple had seven sons and one daughter, of which three boys died in infancy, while the others lived well into the 1900s, daughter Fanny dying at 83, in 1950.

Hayes’s vice-president was New York Representative William A. Wheeler (1819-1887) whose own reputation for honesty matched that of the president. When Wheeler was mentioned to Hayes as a running mate at the Cincinnati convention, Hayes uttered, “WHO IS WHEELER?”, but both men became very close friends. 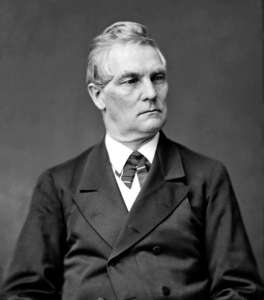