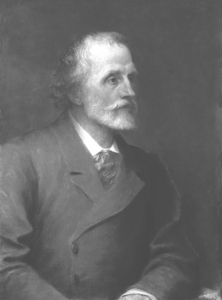 “Her sacred body bear – the tenement
Of that strong soul now ranked with God’s
Elect.
Her heart upon her people’s heart she spent;
Hence is she Royalty’s lodestar to direct.

The peace is hers, of whom all lands have praised
Majestic virtues ere her day unseen.
Aloft the name of Womanhood she raised,
And gave new readings to the Title, Queen.”

I have too little space to go into Victoria’s reign, of which libraries of materials exist elsewhere, but Meredith touched on a few of her qualities that sum up the simplicity of greatness.

‘Her sacred body bear –’; Victoria brought integrity to the throne in her world view and practice of a happy, righteous life in her marriage, parenting and compassion to others. Meredith’s use of a dash after the verb ‘bear’ had a dramatic effect in the rhythm of that first line; her physical body, ‘the tenement’, was the home of a morally strong woman who found inner peace in this world against the savage pressures of political intrigue at Buckingham Palace, the social problems on the home front, the Crimean War during the 1850s, the death at a young age of her husband Prince Albert, etcs. 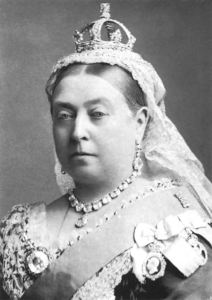 Meredith eloquently articulated a sense that she was now with the angels in heavenly eternity – ‘that strong soul now ranked with God’s/Elect”; again the dramatic pause between ‘God’s’ and ‘Elect’ heightening a feeling that Victoria had achieved a mighty victory in passing from this world to the next.

Moving on, despite her faults, historians have generally agreed that she brought a quality of being to the British throne that has been rarely, if ever, seen before her ascent and since her death in 1901 (I do admire the present Queen Elizabeth but her own virtues are for another day); ‘Majestic virtues ere her day unseen./Aloft the name of Womanhood she raised,/And gave new readings to the Title, Queen.’

I also couldn’t emphasize more the power of great literature on its own terms than in this poem itself. George Meredith was one of a large number of great English writers to emerge during Victoria’s 64-year reign from 1837 to 1901, along with Alfred Lord Tennyson, Robert and Elizabeth Barrett Browning, the Bronte sisters, Charles Dickens, Christina Rossetti, A. Conan Doyle, Robert Louis Stevenson and others. The poet Richard Howard commented that English literature during the 1800s was one major explosion of talent, and I concur.

I have only read a few other works of Meredith – his exquisite poems A Lark Ascending and Modern Love, and his more than 500 page novel, The Ordeal of Richard Feverel, which I joyfully plowed through in two days, 30 years ago, and remember fondly for its comedy, tragedy, realism, romanticism and other elements of the life experiences blended in a very memorable group of characters on a country estate. He had an individuality, and a style of writing that won renown during his lifetime, despite its sometimes thorny difficulty.

The novelist Virginia Woolf (1882-1941) wrote her own tribute to Meredith and remembered vividly his loud hearty laughter.