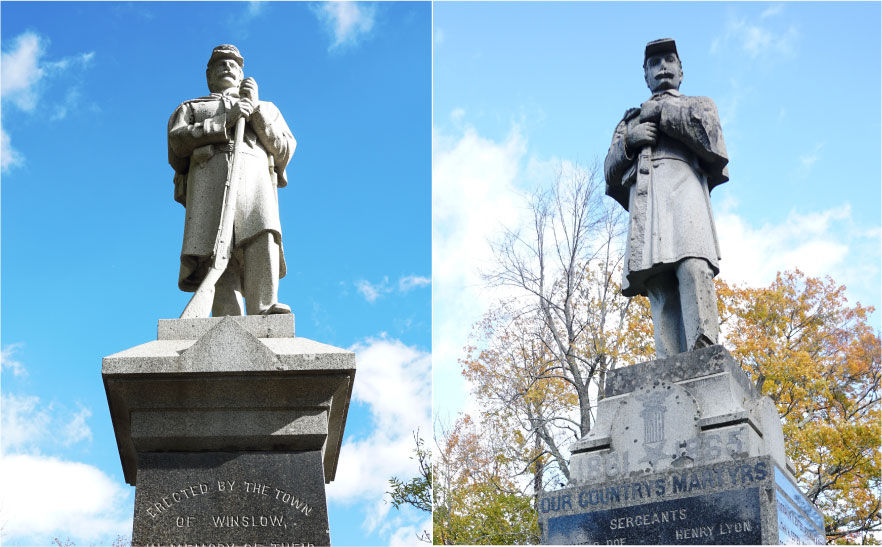 A similar statue in Winslow with the rifle in hand (left), and the statue in Vassalboro missing the rifle (right). (The Town Line file photos by Isabelle Markley) 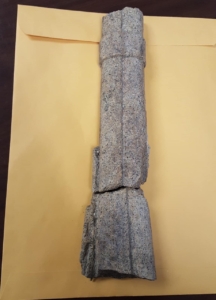 Looking up at the Civil War memorial statue standing guard over Monument Park on Route 32, in Vassalboro, you may notice something missing. Although the proud Union soldier stands tall, gripping the muzzle of a 19th century rifle, the bottom portion of the chiseled gun he holds is gone. Where it disappeared to has been a source of continuing mystery and speculation in the town of Vassalboro. But now, after more than 50 years, a part of this lost history has been found.

The commemorative statue was commissioned in 1905 by the town of Vassalboro from Hallowell sculptor William Tregembo for a cost of $1,075, according to a copy of the contract kept by the Vassalboro Historical Society.

The bottom half of the rifle was broken off and lost “in the late ‘60s or ‘70s,” said Janice Clowes, president of the Vassalboro Historical Society. It is unknown whether the incident was an act of vandalism or an act of God.

Nate Gray, an employee for the Maine Department of Marine Resources, stumbled upon several broken sections of the missing relic last week while investigating a blockage at the Outlet Dam, courtesy of a couple of nature’s impulsive dam builders.

“Beavers had plugged the gates at Outlet Dam,” he said. “I went to observe the beaver activity [and] while watching for the beavers, I happened upon the rifle pieces. I scooped them up and delivered [them] to the town office for safe keeping.”

According to Gray, “Local legend has it that some pieces [of the rifle] had been found in the past and kept in the former town office. Those pieces were lost or misplaced in the move to the new town office. True? Not true? We may never know. Time has a way of blurring past events.”

There has been some talk of restoring the statue to its former glory, especially considering Vassalboro will be celebrating its semiquincentennial anniversary next year.

“There have been a couple people looking into the possibility of finding grant money or fundraising to get the ball rolling,” said Vassalboro Historical Society president Clowes. “Vassalboro turns 250 in 2021, [and] I think it would be a great birthday present to the town.” 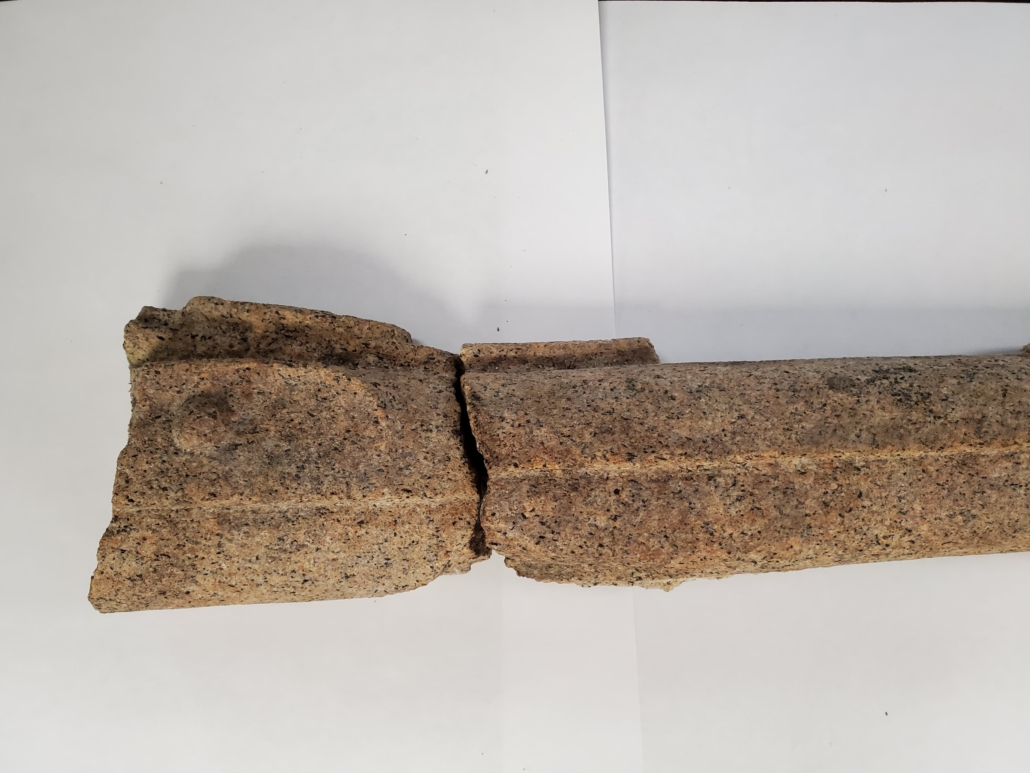 An alternative view of the rifle pieces found. (photo courtesy of Nate Gray)

Up and down the Kennebec Valley: Newspapers of Central Maine, Part 1 Covid-19 memorial at Pleasant Street church
Scroll to top